There’s a sign that says “coffee/cakes”! The little boy is having a dance with Daddy. We can’t decide how old the boy is. He could be ten, eleven, five or seven! Bill thinks he might be three-and-a-half! “Just ask the mother,” says Pam with a laugh! “Then we’ll know how old he is!”

The boy is very handsome, and the gentleman is playing the violin. People are dancing the Charleston like Maria’s mother and everyone is happy.

The boy is called John. Bill points out that, generally, the boy might be called “Johnny”, or even “Jonathan”. The boy’s dad is called Tony, and he’s a fiddler. He’s playing Greek and Turkish music.

The boy has a special voice, and when he sings, the message is “enjoy life and dance, because life is short”.

There are a few different techniques the boy has to learn to play music of any kind. The dad needs to play in front of him. The little kid can watch and will probably start playing when he’s older, about 15 years.

It’s taking place outside. They’re waiting for the door to open because there’s lots of goodies inside! Tony thinks they are probably making some money with their music. It’s beautiful music and the little boy is lovely. The father plays music and the son sings. The boy loves to sing and sing again. As the years go by, he’ll continue with music if he enjoys it. There are good times and bad times.

Everyone can sing and be happy. 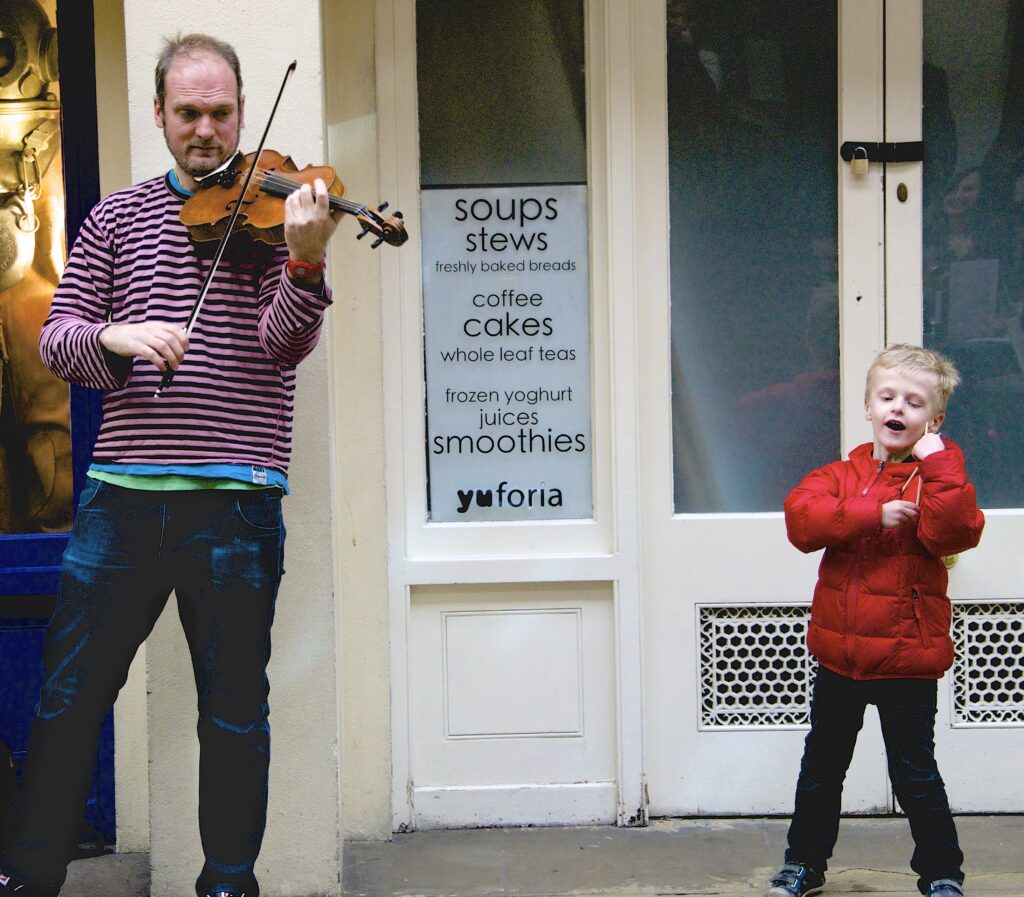