A Day in the Life of an Alien

There's a snake under the rock!  Looks like the desert.  And it looks like he's going to kiss the ground. 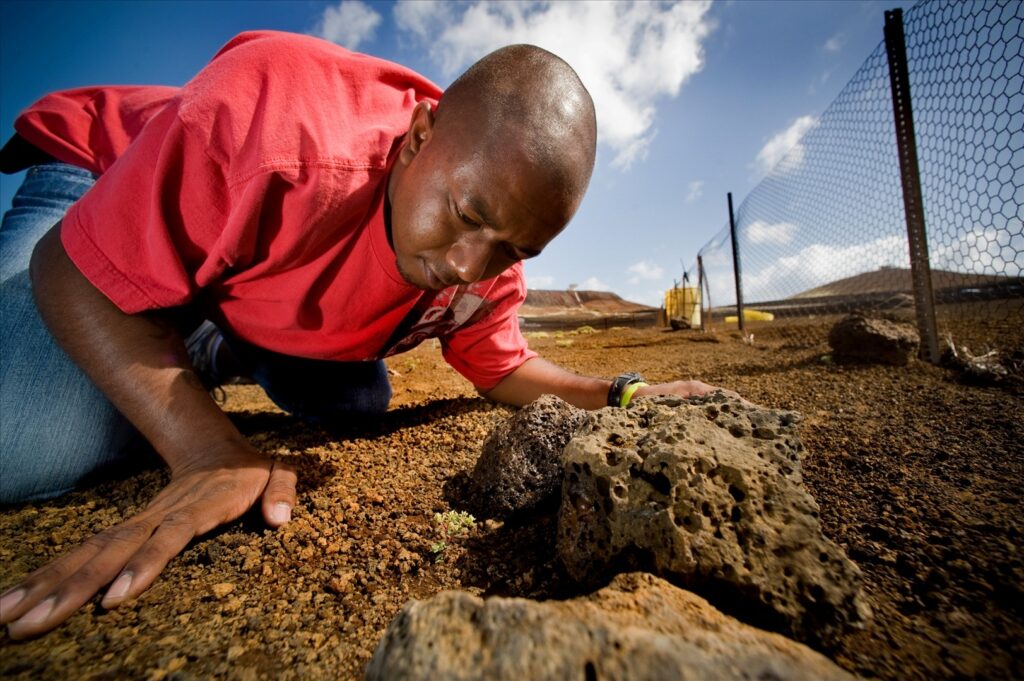