A Drink at the Milk Bar

A cappello. He’s wearing a cappello or a hat. He has a little boy with him. The little boy is having a drink. The lady is wearing nice shoes. But Elsie thinks the shoes are awful! They’re old-fashioned.

This photo was taken a long time ago in the 1920s. They are at the milk bar. Her shoes were fashionable at that time.

Ellen thinks they don’t know each other. The milk bar is portable. It has wheels and it moves from place to place.

They are father and son. The man’s name is John and the little boy is Gregory. The lady is called Nana. She is Gregory’s grandmother. She’s feeling happy.

The father and son are very happy too. The boy is having a flavoured drink. It is a special treat for him. We think the mother could be taking the photo or she could have gone elsewhere.

The nana is wearing a 1920s’ dress. They aren’t wearing special clothes. They are wearing their normal clothes. It is the weekend and they are at a carnival. It’s in Australia. It’s at a church fete in Dubbo.

Maria thinks John is like a Casanova and he loves to dance the Charleston. 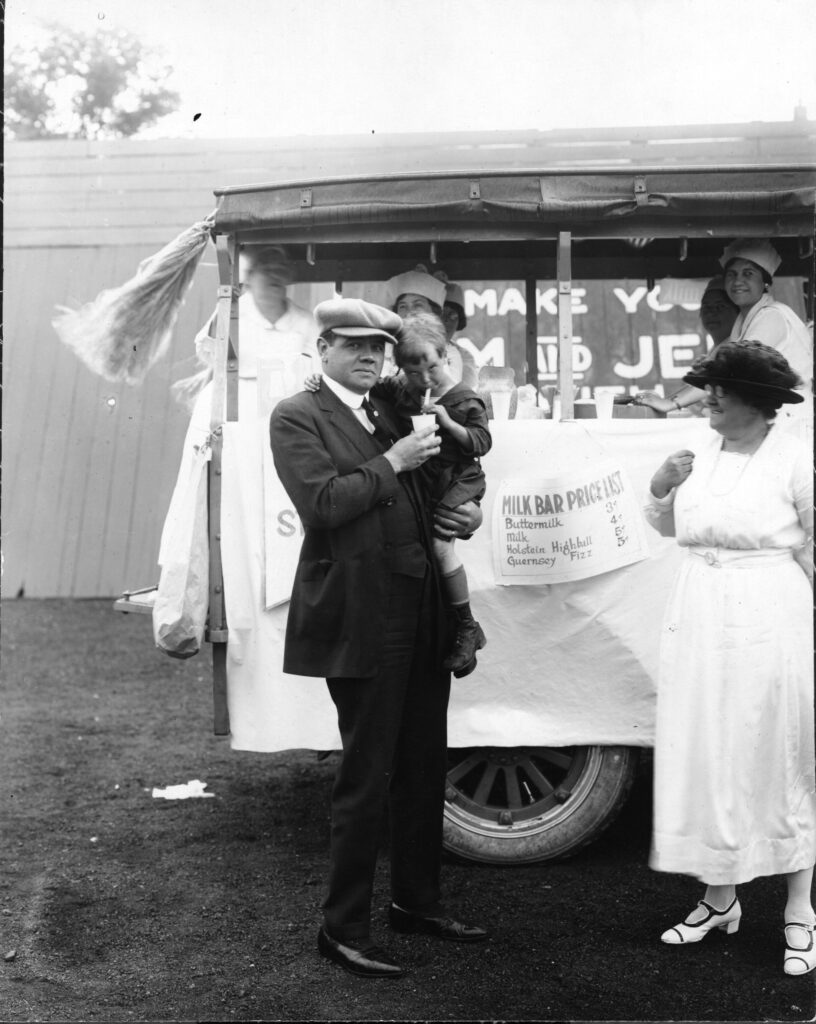