Tom and his wife, Gloria
Lucille, decided to go fishing in their wooden fishing boat.  Tom was an enthusiastic fisherman and Gloria
Lucille was happy.  She was going on the
boat with him.

They brought a thermos with
water or something else to drink—something yummy, and they brought crackers and
nuts to snack on –salted peanuts. They went to the fruit market before fishing
to get some fresh apples.

It was a fall morning in
Florida, or maybe Canada. It was early in the morning.  It was balmy, but not too balmy so he wore a
warm shirt—it was a very warm shirt. They could hear the water splashing on the
boat and fish flapping in the water.  Some
fish wanted to get away.  They took a
deep breath and smelled dead fish.  Oh
no!  The fresh breeze came in and
everyone said, “Ahhh!”

They were talking about the
kids when Tom felt a pull on his line! “That’s a big fish,” he said.  He reeled in the fish – he did a good job!  He struggled with it. It was a powerful
fish!  He used a net to get it in the
boat.  Holy mackerel!  It was a big fish! Woohoo!  Woohoo!
I’d like to catch one like that!

It weighed a great deal.  The look on his face shows ho much it weighed.
He is grimacing from the weight of the fish.
He feels like he could use some help!

His wife took his
picture.  He was feeling good-- a happy
man who caught a BIG fish—about 40-50 pounds, some guessed.It could be a
contest and he could be in the realm of winning! Very good, very good!

Now, they had to go home to
clean the fish and eat it. They decided to deep fry it, seasoned with salt and
pepper, and some people put garlic salt on it.
They were going to have salad, coleslaw, and some kind of potatoes—maybe
French Fries or fried potatoes.  Gloria
Lucille wanted to make a pie—an apple pie.
If you are going to cook, you might as well make a pie! All the kids
were saying, “Let’s go to Burger King.
We don’t like fish!” They ate the fish.

They had a busy day. Tom was
happy, full, and tired, and he was ready to hit the hay.  It was a day to remember. 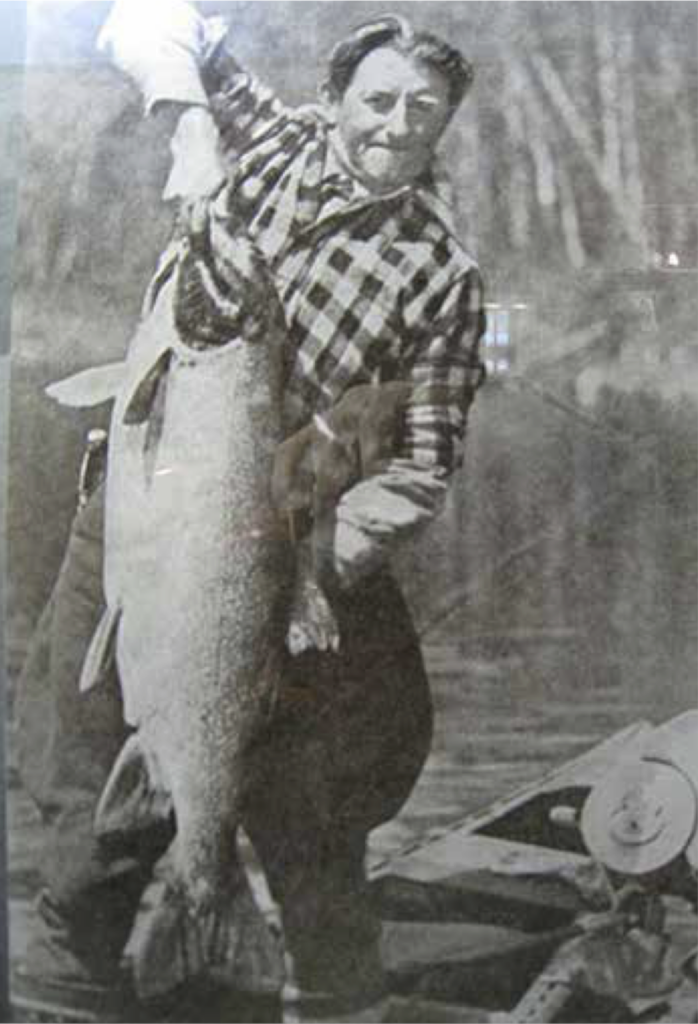