This is a man named Joseph King. He’s 33 years old and is in Malibu, where he’s trying to swim. He’s not from Malibu, but he is from California – from Pasadena.

It’s 2:00 p.m. in the afternoon on December 1, 1921 and Joseph is freezing! He jumped in the water, because he wants to get rid of his problems. He has two wives – Mary and Jane – and he’s close to both of them, because they live in Pasadena, too. They have 6 children, or maybe 7: three with each wife, and an extra one because he couldn’t keep it to himself.

Joseph might also be between jobs. He was a business man, but now he’s looking for work as a handyman. He used to tell people how to make money and how to do other favors that are good for them. He’s good at that. He worked for Wal-Mart and May Co., but he wasn’t an important guy, because he didn’t know too much about the company business.

He’s also a mean man, because he has too much to worry about. He’s probably desperate for some money. He cannot see where the money is going to come from. He feels kind of desperate, because he has his wives, and children, and money problems to contend with. (I don’t envy him.)

There are five other people – men and women – there with him. They might be getting into the water, and they think it’s cold, too. Like Joseph, they are desperate and trying to get away from their problems. They probably have the same struggles and situation. They’ll swim or they’ll drown!

But somebody will pull Joseph out and save him. He’s a lucky person if he gets saved! (Or maybe not!) And he’ll still try to run away from his many, many problems.

Next, his cousin Raymond will take over Joseph’s problems and will get him a job in Pasadena in retail grocery at May Company. 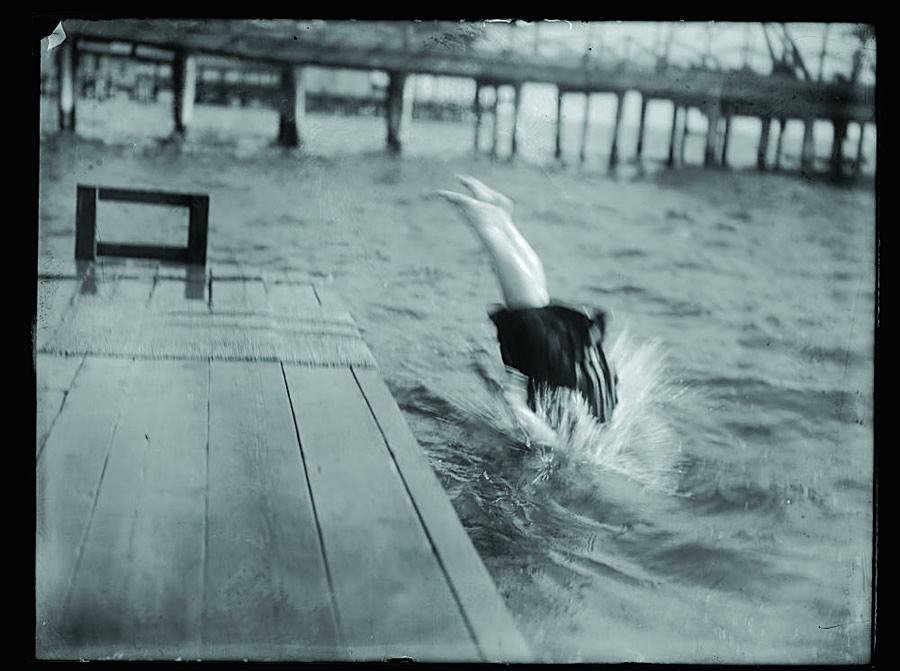