A Trip Back Home

Once upon a time, there was a boy named Thomas, who was trying to get to the next city to see his family. He works in Sofia, but he
s trying to get to Dupnitza to visit his family. He works so much as a fisherman, that he hasn't been able to see them in 3 whole years. The fishing industry is very slow now, which is allowing him the opportunity to go.

Thomas decides to catch a train there. He runs into his old friend named Boogie-Oogie. Thomas invites him to come to his parents house, and Boogie-Oogie accepts the invitation. Thomas and Boogie-Oogie reminisce about old times while on the train, and talk about favorite memories. Towards the end of their train ride however, Thomas realizes that his dog Whitey is nowhere to be found. They start looking for him, and Thomas finally finds mans' best friend. Thomas whistles to Whitey, and the pup comes running over.

Its time to get off the train and during the commotion, Whitey gets separated from the guys again. Eventually, they find Whitey and decide to put a leash on him. Afterwards, Thomas and Boogie-Oogie start walking while pulling Whitey behind them. The long lost friends hope to bum a ride to Dupnitza. Out of no where, Thomas' friend Genesis pulls up in an old farm-truck. Once they reach their destination, they give Genesis $10 for taking them out of his way.

Thomas' family greets him, Boogie-Oogie, and Whitey with open arms. The family was so excited to see Thomas, they threw a party to celebrate. They invited neighbors, old friends, and Mike Tyson. Everyone has a great time at the party!

By: Deborah, Marsha, and Chris 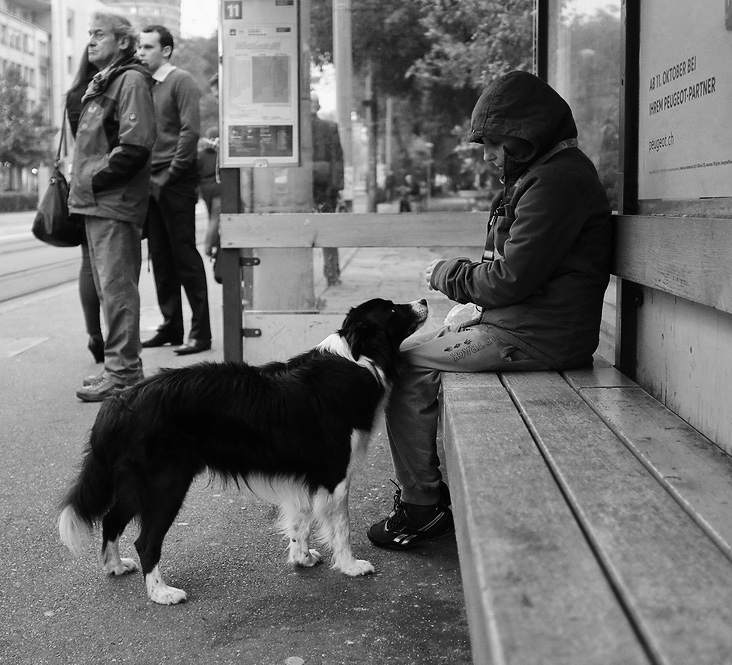