Adventures of Sparky and His Paper

It's a chipmunk with stripes down its back and bushy tail.

Michael knows it is a chipmunk because he has a picture like it.

It's name is Sparky.

Sparky is holding a wrapper and trying to get into it.

Sparky is trying to put the wrapper in the tin can.

Sparky is reading the wrapper and stuffing it into the can so nobody else can eat it.

Something is cooking in the tin can.

The can is very clean so may not be for cooking.

There is no label.

Must have been something in the wrapper and Sparky could be smelling it.

Sparky's at a picnic.

He is not on the beach, there is more green.

There's water nearby, and was on the wood.

The wood is from an old campfire.

Sparky might have stolen the wrapper from the camp and used his claws.

When the family comes to start the fire, Sparky would be kicked out.

Sparky kicks the family out. 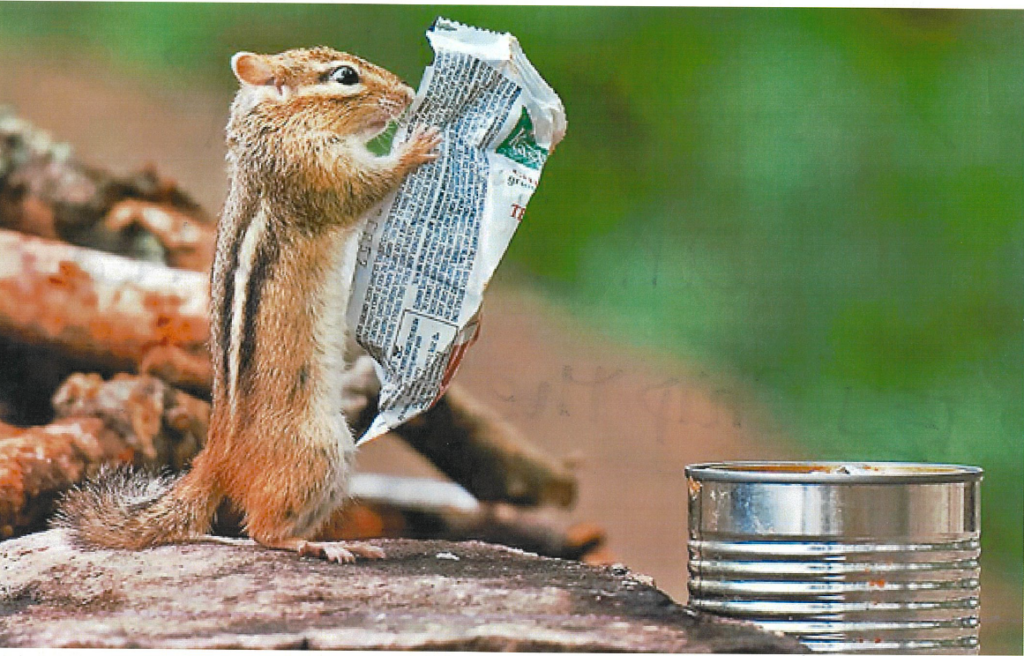