The ship is called the Averof. There are people around it, and who’s to tell these things we’ve had of late.

It looks like a cruise ship—very good! It’s coming into Sydney Harbour, New Zealand, and around to another harbour.

Pam tells us that her daughter and son-in-law are taking her on a cruise for her birthday.

The water looks quite calm—it is not going to hurt anybody if they’re all there. You can hear the sound of waves and birds.

There’s a small boat going out to bring the cruiser in. It’s taking place in daylight. The little boat is running alongside the big boat. The people get off the boat in Sydney Harbour and go around. The Captain is called Andreas. Maria sings us a special Greek song about him. 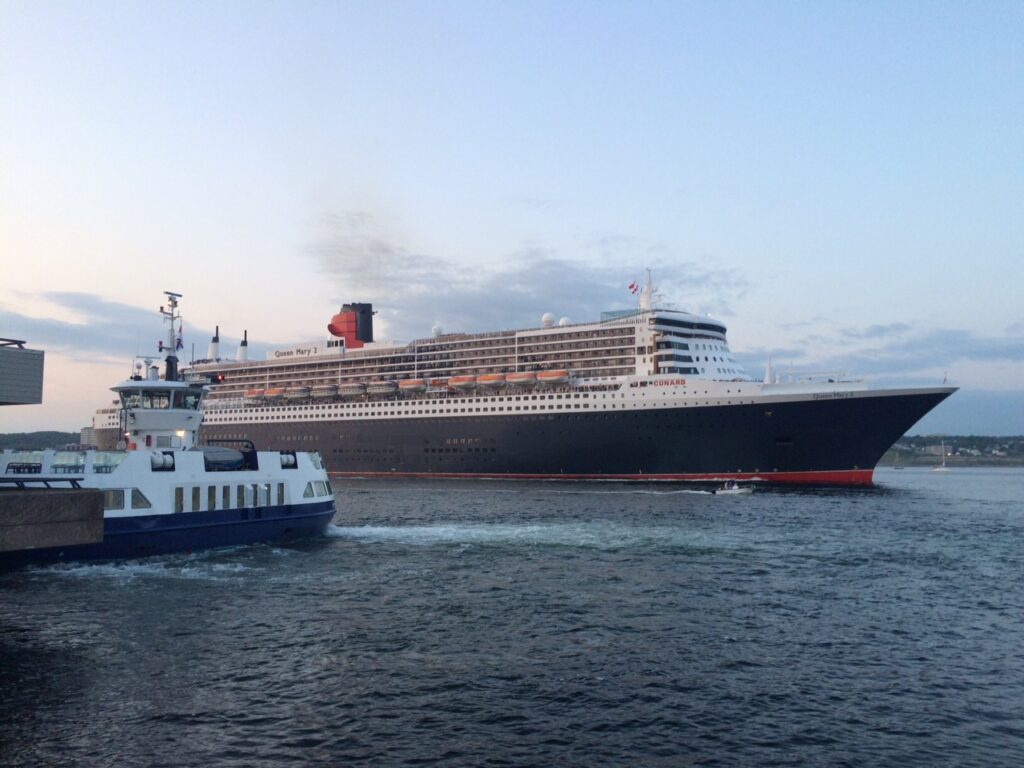