It is not a fashion shoot--not about art.
This has to do with role-playing fantasy role playing, they are part of a much larger group.

This is taking place in California -- around 2000. Because the style of the costume--the idea that I think it is a fantasy role play based on a video game. Doesn't look like classic sci-fi---looks like it is inspired by avatar. Has that comi-con vibe to it. Definitely a role play.

Part of a bigger group--something about competition and survival and camouflage
They are called as a group: Camouflage competition.

They are playing a game. And they are pretending to have powers perhaps have invisibility. They are trying to not be seen. But they are prepared if they are to be seen. There is an alertness, a readiness in case they are seen. A type of vileness--I think because the way their faces are directed. There are many many of them.

They hear forest founds, birds--rustling because there are more people involved. Movement of vegetation--things are cracking on the forest floor. It is a pretty live space. It smells very wonderful---it is very cool in temperature, lots of pine and earthy smell. That lovely decomposing smell.

Yes there are at least 100 people involved --- not all are dressed the same. They are variety of costumes.

Just there for the competition, a few hours. This is a yearly event they look forward too. They spend a lot of time preparing for what they are wearing and getting into character.

They will be next in a large convention center where they will "geek" out together.

Then they will go back to their little lives since they are from all around the country---equal men and women -- mid 20s to early 40s.

Mostly kind of middle-class people and lower-class people with corresponding with their daily blue collar jobs. 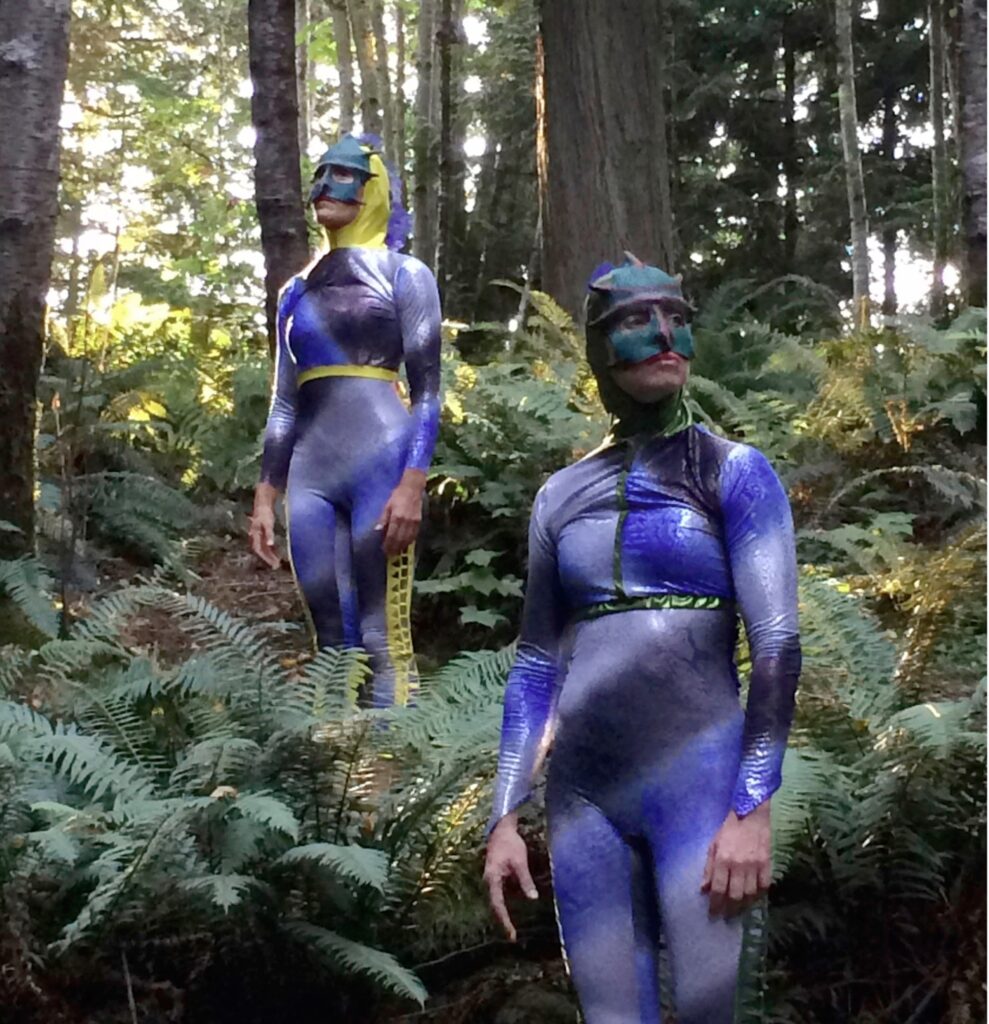