Great and Exciting Day on the Ranch

He looks like a typical rancher in his overalls, cowboy shirt, and cowboy hat, thinks Janet, Sharon, and Ginny. The sky is dark with some clouds. There is a fence in the background, said Janet, and a water tank for the horses, saw Dorothy.

When the cowboy was done hunting, he cleaned the bird he shot. It was a good and exciting day, said Mary Ann. 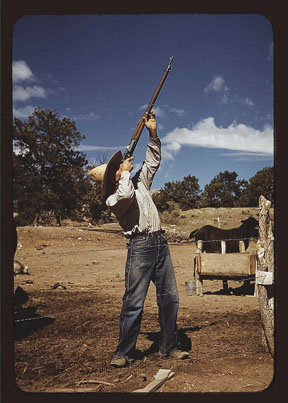