Hairy Feet Pete Wondering Where is the Parade

Is this happening at a bus stop? A parade route? Club 36 in Harvest Hills? Our band of Club 36 detectives are on the case.

They appear relaxed, except for the lady on the end, she is leaning away from the rest, looks ready to escape. They are at the market with a grade four class, the teacher has established her own way of doing education, so they are buying small items and the children are observing the adults exchange money for items so they get to do the math and enjoy it as well as the science of making the gorilla shoes. The little girl’s there with her grandparents and her mom. Her uncle is a taxidermist and the grade four class are learning all about taxidermy. The family’s name is Choi and they are so proud of her uncle that the whole family came to watch. The grandpa, John Choi, is wearing gorilla feet that his son, the taxidermist, made for him. His granddaughter, Lora Rose Choi thinks she wants some gorilla feet. She thinks her grandpa just wants to be goofy, and that he likes the attention, she would also like to be the centre of attention.

A marching band passes by and a small boat goes by. The air is strong with the smell of animals and feet, animal feet, human feet and especially gorilla feet.

It’s time to go now that school and the parade are done. They get on different buses and head home. Grandpa John stretches his gorilla feet to fluff up his hairy toes. 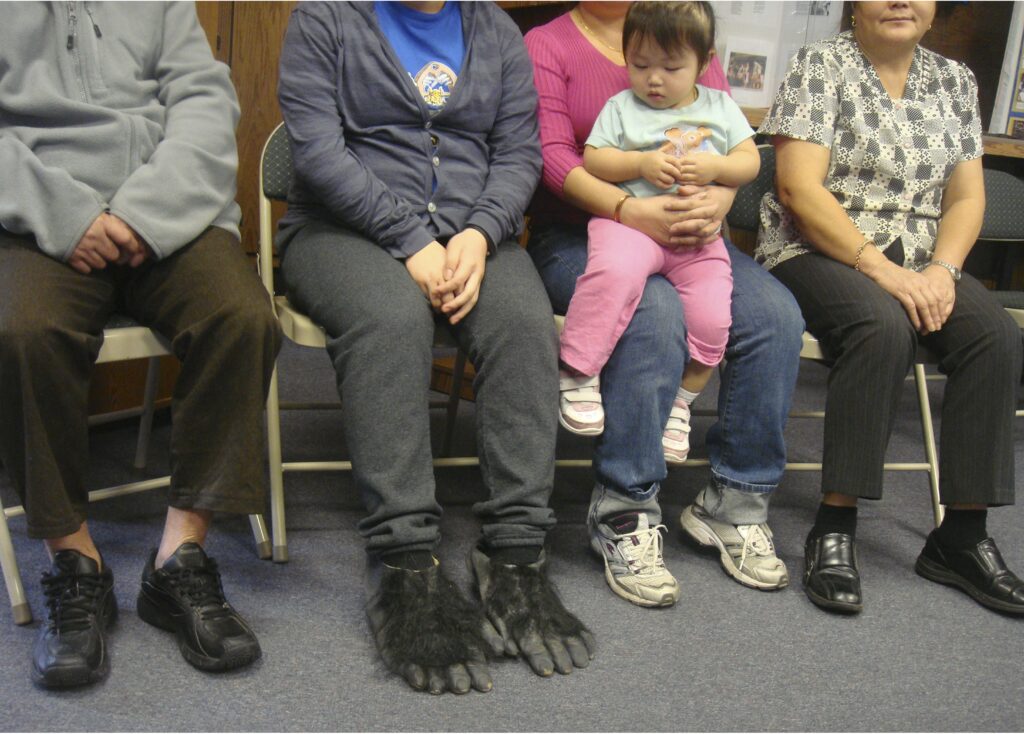