Our picture is in Maldon in Victoria. It’s a gold mining town. It’s where Daisy’s husband was born. They are going to the fields to pick up some bread. The man’s name is Charlie Jack and the horse is Napoleon Dobbin. There’s no one else around but we might hear clip clop from the horse, clip, clop, clip clop, clip clop. We would hear traffic sounds and horses sounds click, click or neigh, neigh, neigh. If we were there we would smell something from this big fellow, horse’s smells. He springs from the back. The tail is raised. He is going to throw himself away. Monica would throw herself away if she was there. No, she might go flying.

Charlie Jack dreams of hot soup and he is hungry,| the poor devil. He is dreaming, he is going to have a long drink of beer at the end of the day. If that is what he is doing he will sleep because he is drunk in the house.

This story was created by Val, Daisy, Sevinch, Bianca, Norma, Peggy, Monica, and Angelita, and Bianca at Carinya Dementia Unit on 27 August 2015. 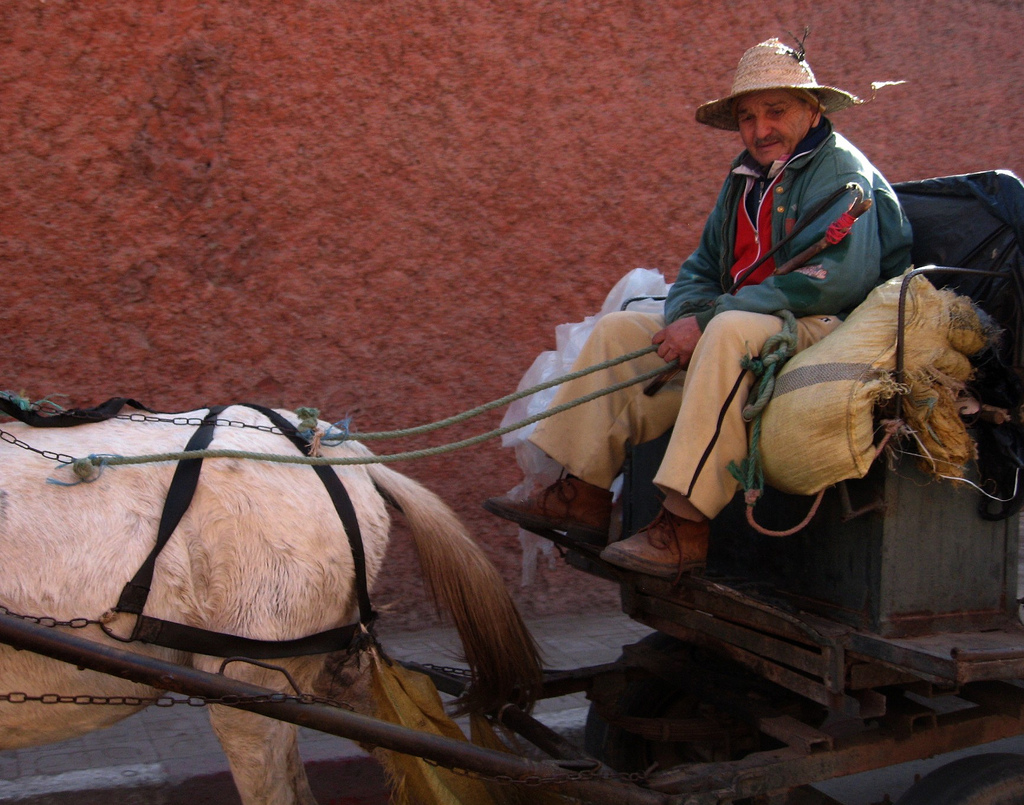