It’s a child with a guitar. I’ll name him after my brother
who died, Alan. That’s “a”, “l”, “a”, “n”.  He is stringing the place and making music. It’s
taking place on a farm called “Music by a Youngster”. There is a lot of marsh
there.

I hear some music. If he plays, I’ll make a comment. If it’s
cowboy music you know the words and you can sing with him. He’s very happy.
When he is singing, he liked it. You can tell by the way he was acting. He was
thinking that he is doing good.

One of his brothers or sisters is there, And, it’s nice.
They are watching him. They are going to call anytime after 2. “Where’s my
mother” they ask when they call. He says, “I wanted to talk to her. I gave my
kids permission to listen to him.” Maybe I could be contacted again. It has
something to do with my cousin and the boy and the people there. They are
relatives. They sing together! It’s a family thing.

I’ve been here before to listen to the music. It makes you
feel real good. The best part is knowing that these children are doing
something active. They do sing when we have parties. At the parties, they have
cards and talk to the other people and roam around the room there. The music at
the party sounds really good. You’re proud of them.

Pam likes to sing. She took lessons on the piano. Alan took
lessons. He should be intelligent enough to see the man at school who does the
music and ask questions and to listen to him. He is studying and learning from
the school teacher.

I would like him to continue playing. And, have a good time
doing it. He likes it, I know. Sometimes when we talk, we discuss it and he
says he likes it. He’s really into it. Hopefully, they have a nice time doing
it. They may be a big thing – kids surprise you. I was proud when he said he
wanted to do it. 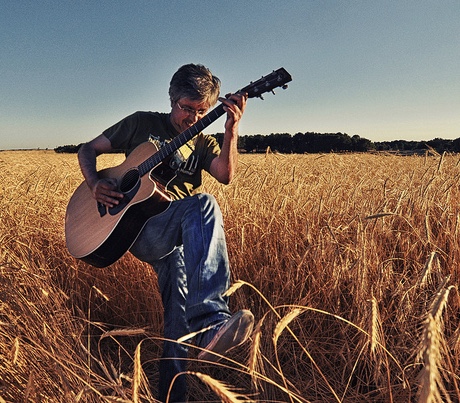