It takes place in Salisbury, North Carolina.
Her name is Gloria and his name is Bert.

The picture is there so we can look at it. But there are some “ifs” that go with it.

Maybe they are playing “I’ll beat you to it.”

Or maybe they are playing hide and seek. She was there first; he came up behind her.

Look at their eyes look at each other: He’s not turning his head, but he’s looking at her eyes.

Are they married yet, or just engaged? Maybe they are hiding from their parents because they both are married to someone else. (That might be better!) Maybe they got caught doing a little lovemaking. Their eyes are saying, “Let’s not get caught!”

The sofa is stuffed, and maybe Bert and Gloria are stuck! They are having a discussion about the pillows. They are going to use ice water as a strategy to get out from behind the sofa. The sofa could be soaked down. It would be soggy and wet. And they could slip out.

There are windows behind them. Maybe they could sneak out that way.

They will say “aaugh” when they are freed. Then they will go back home.

The owners would say: “Oh my goodness. Out of the wind again!”

(By residents of The Village, Lighthouse Senior Living. 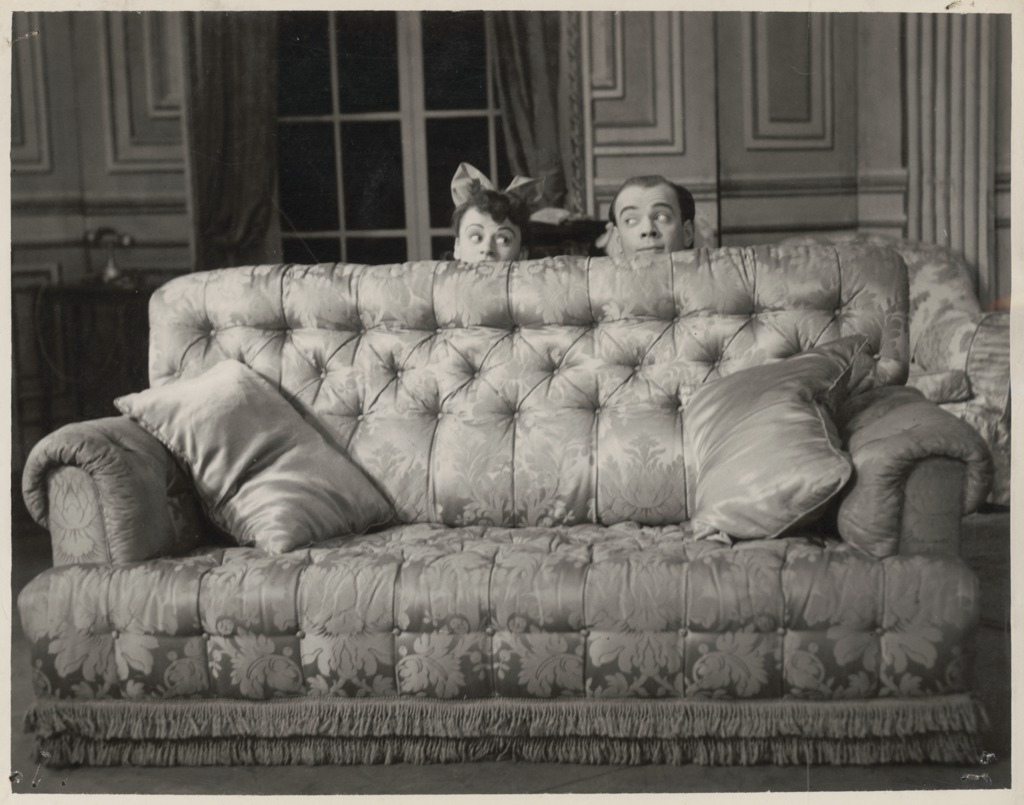