I Think It Should End With This

She is looking at a bubble.  Did something go on before that?  She's on vacation.  She's worn out and tired from working and she wants a vacation. 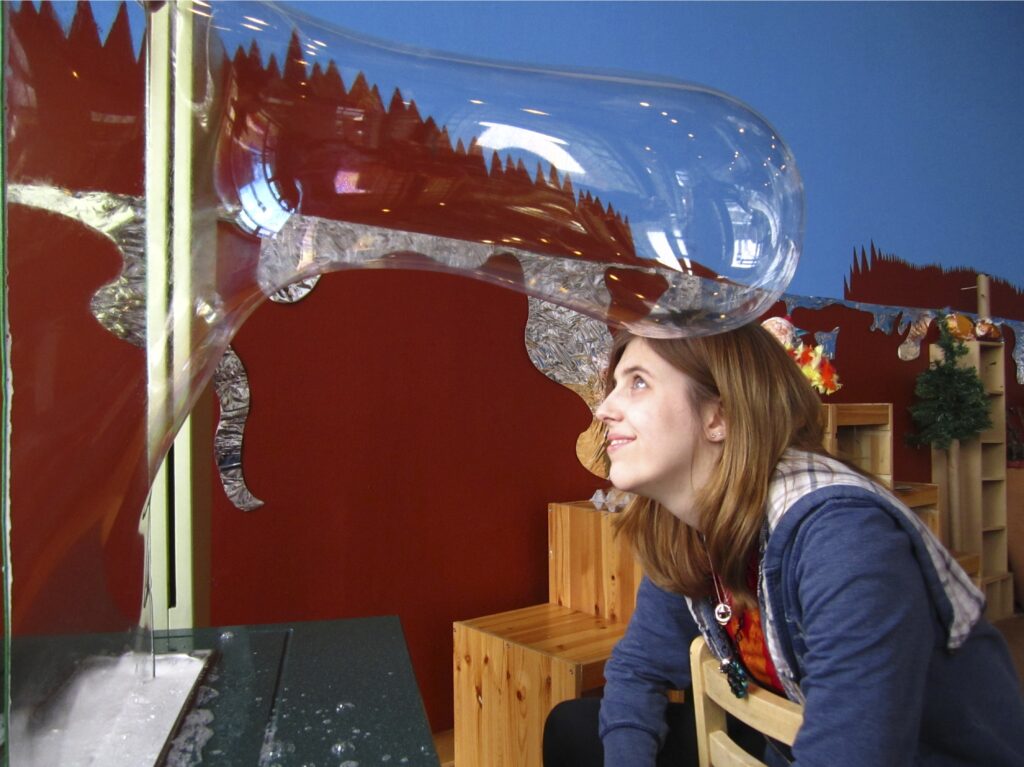