It's a circus," says Doris. It doesn't look like fun to me, replied Jean. How did the elephant get on his head? Jean is glad it's not hers. They're all smiling. The elephant in the middle is the ring leader.

It's not a monkey! The elephant is in the red jacket. She looks like she is directing her. An elephant clown - looks like they are having a good time. He shouldn't be standing on that ball with its eyes blocked out, says Delores.

Delores spots 9 elephants - they weigh 25 tons per elephant. Who are they performing for? They are practicing says Peg. Doris saw it.

What do they eat? Things on very BIG platters, says Peg. Doris thinks so too. Jean says they are not telling their names. Betty thinks the one in the red jacket is the baby. Maybe its the band director and Doris says, WOW! It's a big deal to work for a circus.

He's watching something. This elephant is dancing. What is the song? "If Joan Could Talk to Elephants." She wouldn't know what to say, says Betty. Irene's partner doesn't have a name. Look at those boots? Those would stop the circulation in my legs, Betty replied. The mamma elephant is watching with her evil eye. "Look what I can do, I can stand on my head.

Doris says, "I am tired of watching all those creatures." 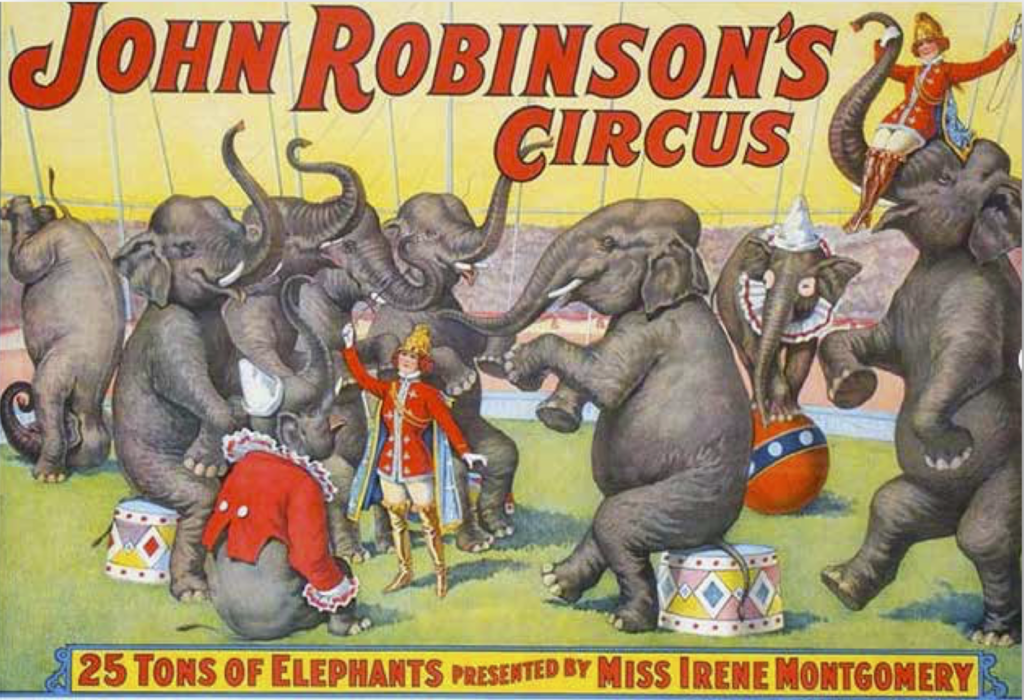