This is Kathy. (Linda) She reminds people of Amelia Earhart. She wears googles to keep the bugs out of her eyes. She has something around her neck. (Babs) It may be a mask to keep bugs out of her mouth. Her shirt is tucked in so it isn't flapping in the wind.(Babs) She is about 18 or 19 years old. Her eye make-up is from the 80's or 90's.

She was in a drug deal that got messed up. (Linda) She was with friends and got separated from them and is now looking for them. She made off with the drug dealers money. This is why her friends are looking for her.(Babs)

She has a 350 Honda Motorcycle. She is on her way out of town. She could be headed to California. (Babs) Her face says, "You won't find me there." If her friends don't link up with her, she will leave them behind. She must get out of town. She is thinking, "Come on friends and keep up". They are trying to get out of town before the police find out anything. If she doesn't leave soon, she believes she will end up on a missing person poster.(Linda)

She promised her mother that she would come home but she thinks someone is after her. (Mary) She has a big brother named Big Mike. He got her started in all this trouble. Right before the drug problem, she found her boyfriend with another woman.(Mary) Her boyfriends name is Keith.(Linda) She is to young to be out on her own but she has made some bad choices.(Mary) She is scared. She wants to get out of there and be safe more than anything in the world.(Linda)

When she makes it to Denver after a long bike ride her boyfriend is there. They make up and head to California together. Keith manages the money that she got. They move in together and live happily ever after. 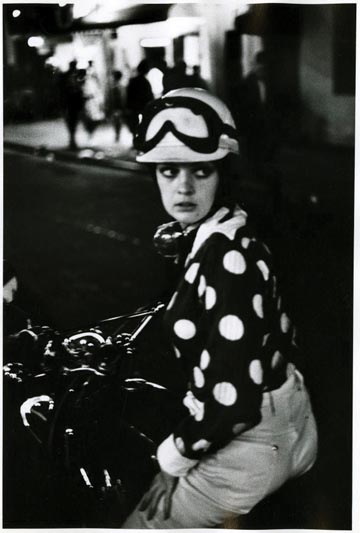