Lady in the Leopard Suit

There is a lady named Elizabeth in a leopard suit, with paws and everything, writing up some leopard things in a notebook. She is a great planner. There is a lot of stuff out there. She could be planning anything!

It's one hell of a suit! She seems to be at her desk in her office. She put her glasses on the desk. She's a very pretty girl, but the problem is she's got paws on!

When she's done with her planning, she is going to a halloween party. She will be meeting her friends there. Their names are Ellen and Jay. THey are from Milwaukee. They are all planning on having a drink together. There will be snacks and food.

When they are done at this party, they are going to another one. That one is in Whitewater. Lou is driving the blue truck. He joined them at the first party. He will probably stick with them because he will have to take them. Lou doesn't drink, so he is their designated driver. 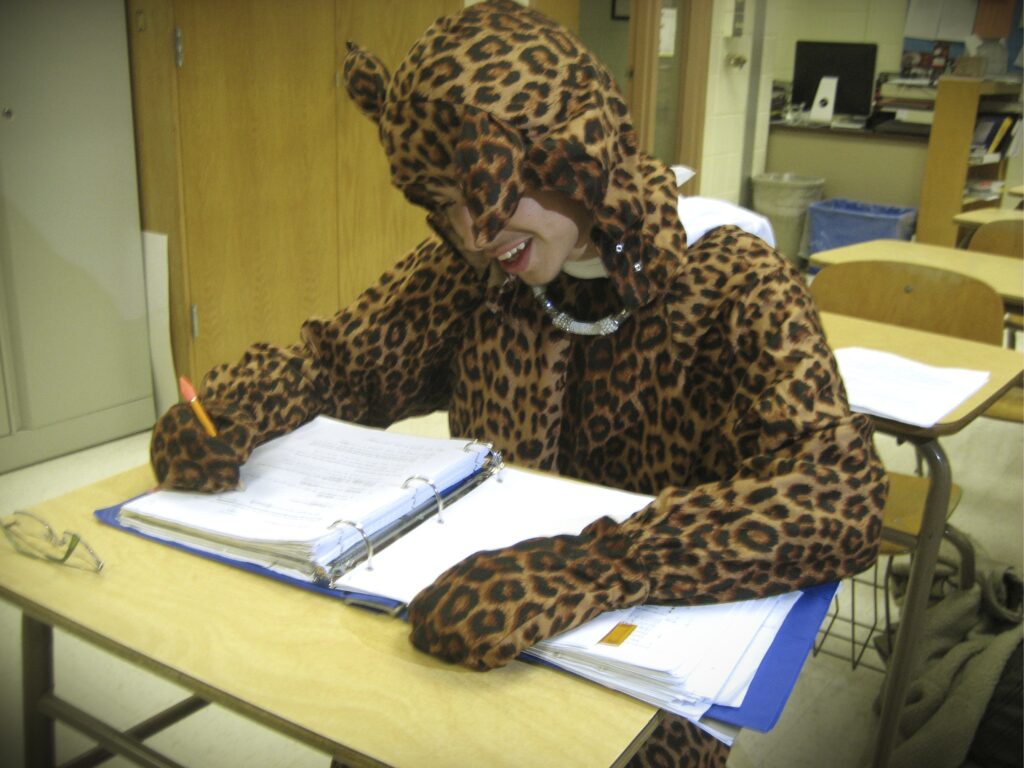