That cat wants to lay down and go to sleep. He's a dirty old cat, his name is Pluto. He's thinking where to lay down. 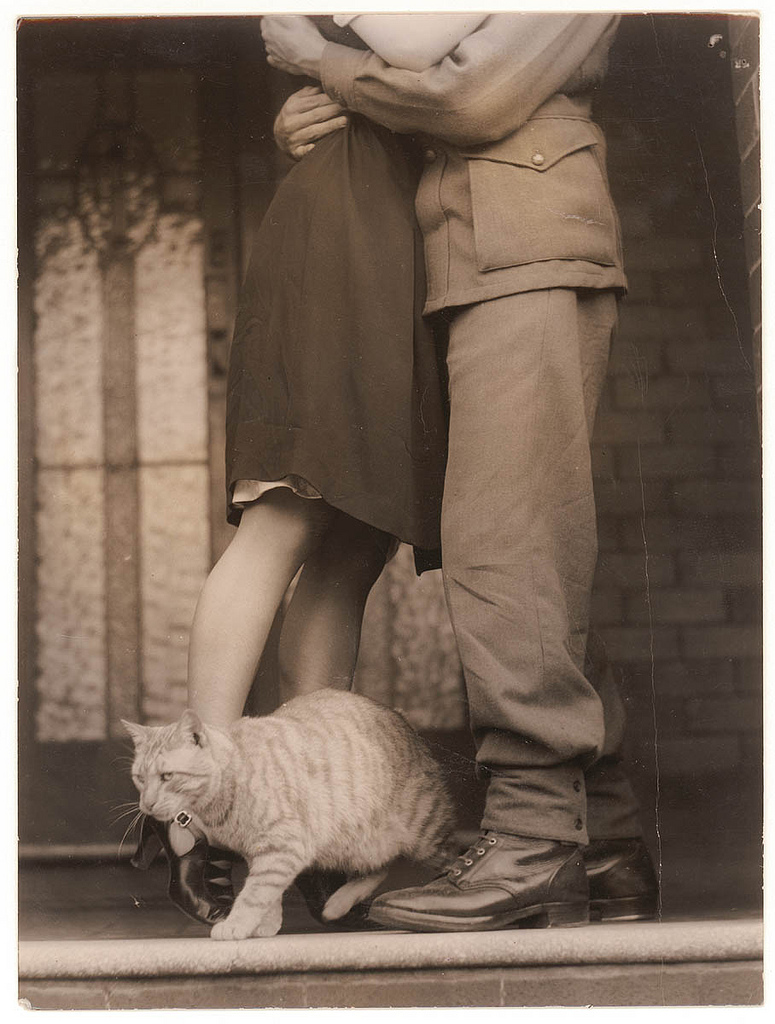