James George, who is a teenage or in his early twenties, is proposing to Maria Mona Lisa with a bunch of red roses. She looks either shocked, happy, or disgusted (or perhaps all 3).

The other people taking pictures seem to be James George’s older brothers or is friends. They knew he was going to propose, which is why they were ready with cameras.

The other woman in the photo is Maria Mona Lisa’s sister or friend, and she is James George’s grandmother.

It looks like they might be in one of their houses, or in a church. They might even be in a museum because there is a display in the background…or it could be a nursing home.

Maybe its cold outside, because there are coats on the chairs, but not too cold-they’re light coats.

We might be able to smell the red roses, and hear the “click-click” of the camera, along with all the people saying “awwww!”

Maria Mona Lisa says “thank you” as she blushes. They will go have lunch together-lobster and steak at a fancy restaurant- and then they will go to a party. 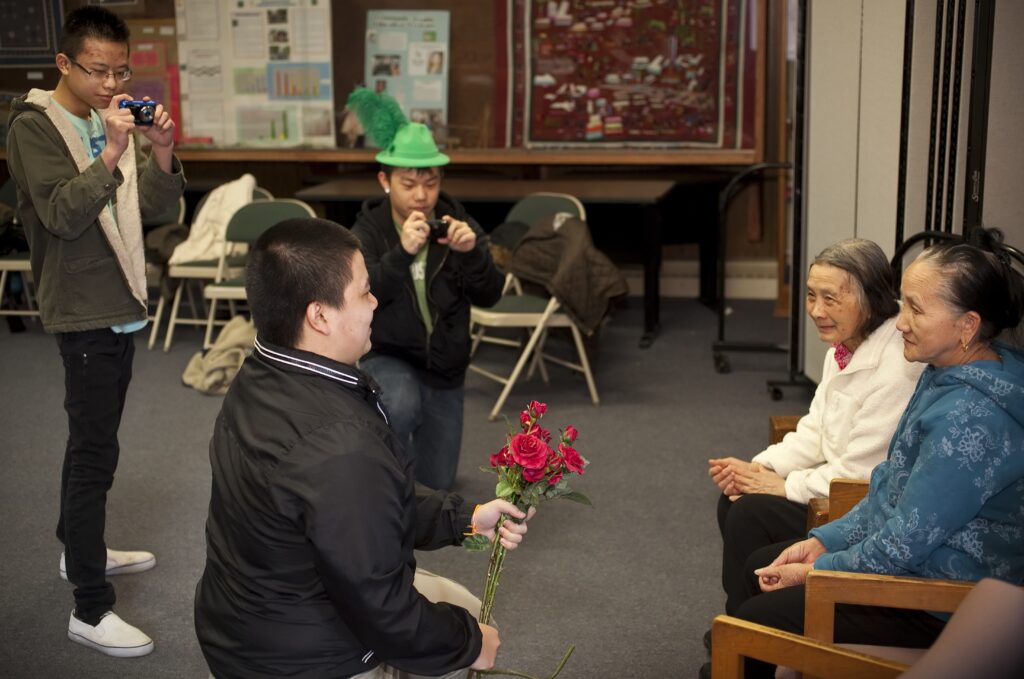