Mother Pig (Good for the Oven!)

Poor old piggy’s getting all chewed up! It’s a pig! Isn’t it nice. All of them are going to have a feed. They’re having milk. The mother could be asleep. The little one on the side doesn’t come in. John thinks one of them is very good for the oven! “Once bitten, forever shy,” says Isabel. “Doesn’t look like she’s sleeping to me,” says Roberta. The mother pig’s name is Piggy Wiggy! “Sheeee’s a little piggy wiggy,” sings Bill. “A nice name,” laughs Pam. There’s lots of grass there, but no big trees or bushes. “Ruppa-duppa, ruppa-duppa, little piggy wiggy,” sings Bill. Piggy Wiggy has a lovely face. It’s taking place on a farm called Karahoja. It’s a sultana farm, a beautiful place. There would be lots of other animals on the farm. “Lots of work,” says Pam. Elsie doesn’t know anything about pigs. It looks like an old pig. Piggy Wiggy is sleeping and the baby pigs are looking for milk. “Good luck to her,” says Isabel! We think when they grow up they’ll go and find other pigs. “Or they’ll go into the oven,” says John! They love the mud. It’s the pigs’ home. The pigs look like they’re well taken care of, too. Pigs are always hungry. They never have enough food. They cry for tucker, poor things. An empty stomach. Poor things! The other pig is coming around to look at Piggy Wiggy’s face. It thinks: “What happened, Mum? Are you dead?” If you count them all, there are seven. John thinks we could call the story “Grandpa Pig”! Grandpa Pig? No, it has to be Mother Pig! “Good for the oven,” says John with a smile! This story was created by Maria B., John, Giuseppe, Tony, George, Bill, Roberta, Ellen, Isabel, Elsie, Pam, Yianni (John) and Peggy at Mary Potter House, Calvary Hospital, on 29 February 2016. 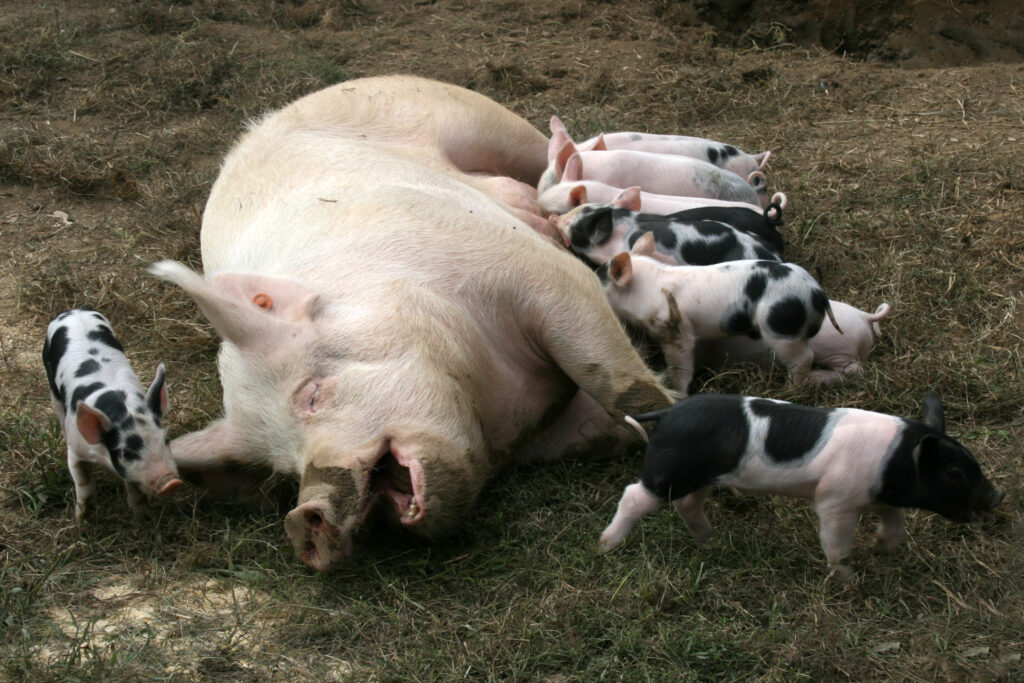