Mystery on the Water

On water. They’re gonna have a fight. It’s a lake in New Hampshire or Northern California or Southern Oregon. She’s in her bikini bottom and wearing a shirt. It’s not too hot. It does not look like a love battle. He has a questioning look. Maybe they’re going to have a fight.
Her name is Billie Jean. She’s in her 20s. He’s called John and in his 30s. What is she holding on to? A sailboat? An oar? Something to do with docking the boat. It’s a cable.

She’s a little angry in a joking way. She’s showing a little muscle that’s not there! He’s the dad. They could be newly acquainted. They met at the beach and before they got in the boats they joined up.

She’s complaining. John is listening but he’s in charge. Billie Jean thinks she’s stronger. John has a questioning look. He doesn’t understand. They’re boat owners and they probably travel around the lake. She’s on her Daddy’s boat. She seems to be upset.

John works at a desk. He is a ranger or a logger. It looks like he has a sunburn. He’s an outdoorsman. He has a tan line on his chest. He’s a guide, like a ranger or for fishing He’s in a kayak and she’s in a rowboat. She likes to have fun, get out and enjoy life. She’s complaining. And he’s in charge!

He’s not in a canoe or boat. It’s not a sexual come-hither look. John is trying to see if he can help. She comes from a family of strong women. She may not have the proper equipment on the water. She might be injured, it looks like blood.
Does John agree with what she’s complaining about? They’re going to get tired of just looking at each other. Her boat might tip over. He is going to save her.

We hear water, birds, ducks, loons, eagles and fish jumping. It feels like Spring or Summer, early summer, maybe in the seventies. It’s a river.

It looks like the barrel of a gun, a kayak paddle. He might take her out and show her how to handle a boat properly.

Created by storytellers at a Avamere Townsend community.
16 March 2018. 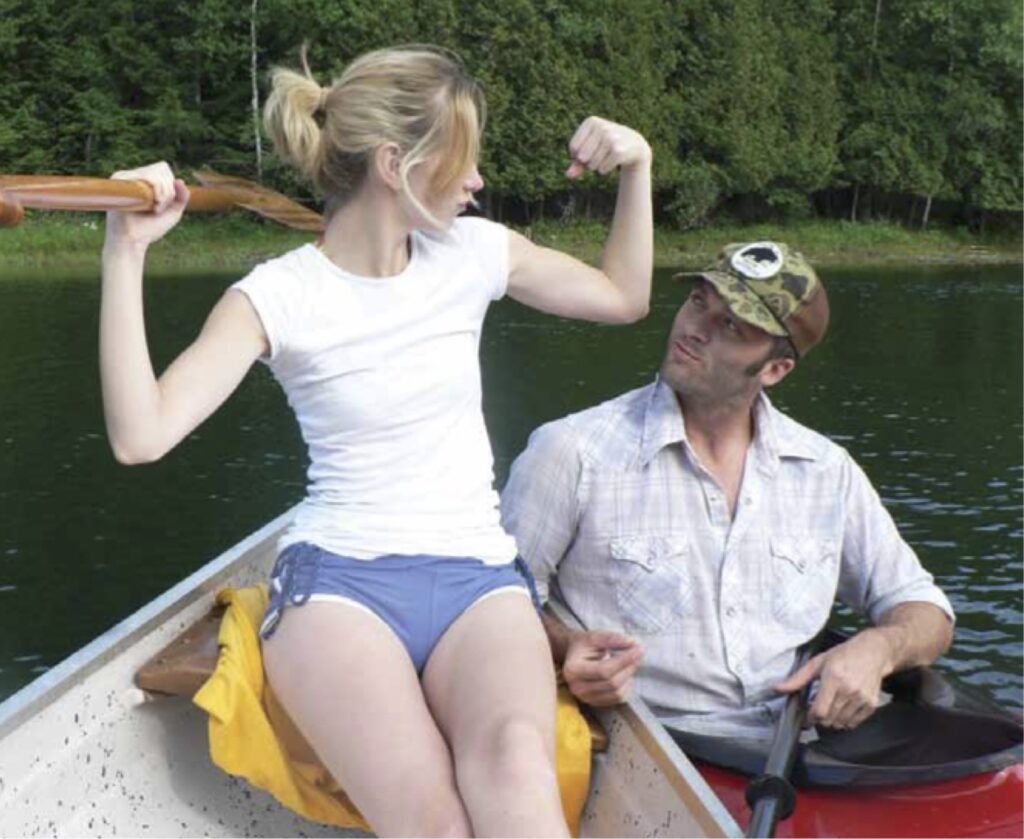