Play and Win: A Friendly Match!

It’s taking place near the sea. They went for a swim before they were fencing, and afterwards. They’re using swords and there’s something in the background.

The lady is wearing a beautiful skirt and she’s happy. They’re playing with each other and one will win! Margaret C. says it’s a friendly game and no-one will win.

The other people are looking to see who wins. They’re all very friendly. After the match, they will all have a drink and laugh about it. They come together regularly. They are just friends. It’s quite an event.

The man and woman don’t look like each other, so they are not related. They have their own families.

Helen thinks there is a prize at the end. The prize would be a turtle shell! If you listen you could hear the sea noises. It’s a wee bit overcast because the trees look very dark. It is happening in the late afternoon.

Afterwards, they’d go for a nice dinner together at the country estate—a special dinner with beautiful food! Nick’s mother prepared special food for the dinner. 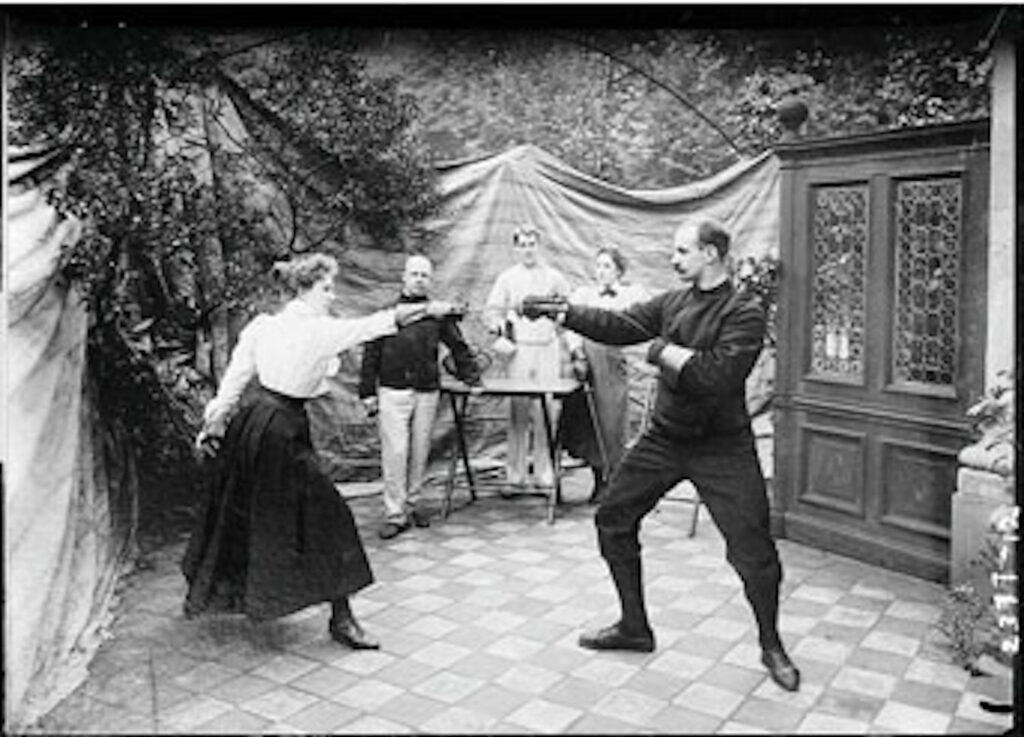