They’re playing cards. That nose on one of the fellows, that’s impossible. It must be fake. He looks like a very forthright man. Maybe he’s a jokester. He certainly doesn’t need a new nose!

They could be gambling. Maybe they’re playing squash. Robert used to be good at that. It’s a good game. It could be a gambling set-up—there’s a big table and a lady in the background. She doesn’t appear to be doing anything.

Maria says it’s taking place on a farm called “Carrahoja”, with lots of fruit trees. It could be taking place in a club. They may be playing to win some money and then they’ll share it with poor people.

They have good wives. The men are engaged in the game and just enjoying themselves. The gentlemen might wait for the ladies to finish their game of cards. The gentlemen are gentlemen, and the ladies are ladies. They will get together after the games and then they’ll progress onto something after that. They might take a drink or a coffee or a meal.

Maria thinks they might have a whiskey to feel warm. She likes the look of the man with the orange hat and the big nose. She’s on her own and she’d like to meet him. 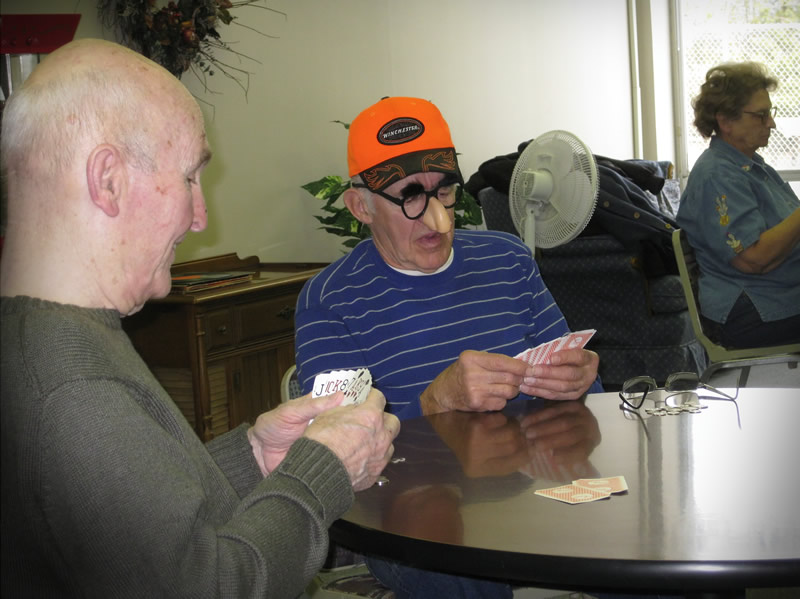