Some Do and Some Don’t

They all have such happy faces. There's no wonder we all giggle at times because they're all giggling!
I see in some of the eyes, "Let's get this show on the road!"
They're playing their instruments and most of them have a string instrument.
There's guitar, banjo, a tennis racket, accordion.
They play country music.
You see the smirks and you wonder what they are playing.
There's a concert - they're getting ready for something.
10 women - some of them look like they're in pain and some of them look like they're having a wonderful time.
They all went to the same store for their socks - they're striped.
They are in a schoolyard - it's springtime or summer.
Well, it wasn't last year - when you look at the feet and the socks you know it wasn't yesterday.
The teacher is the lady in the middle - they are a string group that is practicing.
They call her Teacher. Her name is Emily. She has been teaching music between 18 and 20 years. Her face is too old to be one of the young ladies.
They are teenagers.
From left to right we have Jo and Smiley (they look like sisters), Phoebe, Mother's Helper, Emily, Sweet Adeline (she looks like she came in giggling and she ain't leaving 'til she's finished! Someone is taking the picture and she is almost choking because she sees the glares), Marjorie (she's a pretty little girl), Josephine, Betty (she looks like she's saying, "Tell me again, why am I sitting here?"), and Ruth (she is the youngest down on the end).
First, they had to get their instruments out, tune them, they were allowed to play.
The concert will take place in the auditorium.
The audience will be parents, school children, boyfriends (Sweet Adeline has a boyfriend!), neighbors.
The concert went fine.
The best part of the concert was the soft drinks.
Some of the ladies, when they heard the reply above, were like, "Hmm."
After the concert, they sat down and had their picture taken. 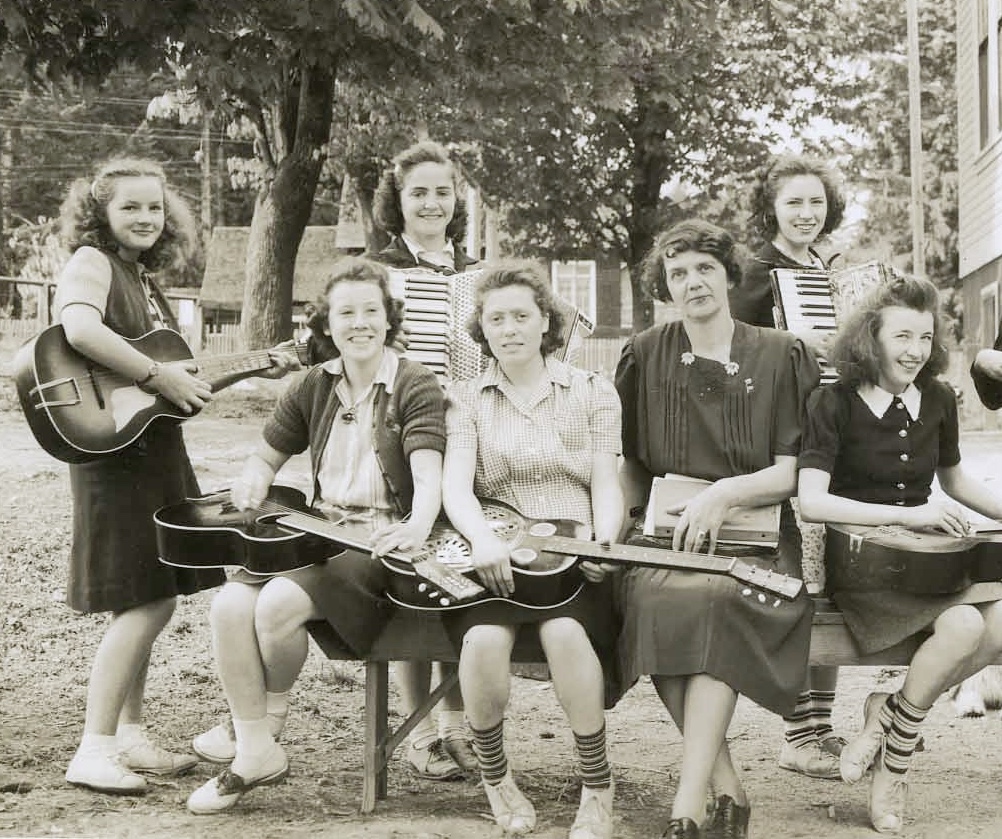 Image Credits: Non-Commercial Use Only. Credit: Photo/Archive # 421; Courtesy of the Sunshine Coast Museum and Archives.
Creativity Center View More Like This Report This Story