A suited man sitting at the sea shore. His name is Arnold. He’s looking at the sea. There’s a kind of airplane out there, skimming the water. The trajectory of his eyes suggests he’s watching it.

Arnold is a traveler. By the cut of his suit, it appears that he’s from Europe. Probably England. His suit means that he’s either coming or going.

He has a family; he looks pretty solid. He has a wife and kids. They’re not here, though. They may be traveling the other direction...to Paraguay!

This picture implies a bigger scope than what you see here...

Arnold feels rather neutral. He doesn’t look happy, but he seems relaxed. He’s changing position; he’s a man in movement. Well, he’s been sitting there for three days, or maybe even longer.

He’s a consultant. An expert on butterflies! He lived in Paraguay; that’s where he learned about butterflies. Now, he’s on his way to the United States, where he’ll meet some colleagues. They’re working on something together, a study. He’ll be there for a reasonable amount of time. 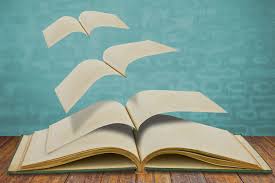