They’re on a boat. In San Francisco. They’re on a ship way down where I used to go all the time, somewhere near LA. It’s so beautiful. They’re off the coast, in Long Beach. In Montreal, Canada. My father sent me to New York to study fashion. I cried every day because I missed my mother’s Lebanese cooking.

Bird. Beautiful. It’s all around there. Pretty good. (points to fishing pole) My husband used to go fishing, and he’d tell me about places like this. The bird said something to the man, and the man is telling his son. The bird said, “Look out there, and let’s see what we can see together.” “Quack, quack.” (everyone quacks) The man tells his son, “Look out at the ocean.” They see a whale. Another whale. A duck. A ship coming along. The bird said, “I’m going away,” and the man said, “Okay, okay.” The bird said, “Where are you going?” and the man said, “I don’t know.” The boy is talking to his dad, and the bird is not paying attention. “Can we take this bird home with us?” Dad answered, “They don’t belong with us at home,” and the boy said, “Well, I guess he’s too big anyway. We have to leave it here.”

There are other people around that we can’t see in the picture. But they came by themselves, just the two of them. The dad’s name is Charles. Alex. Peter Sr. Art. “Daddy.”

The boy’s name is Bobby. He’s three. He has an older sister, Kaitlin, who’s seven. He’s Jimmy, and he’s about five years old. His name is Peter; he’s six years old. Dad calls him, “Son.” I really like the little boy. He’s wonderful, but I keep going to the (points to the bird). I’ve never had one. The mother is at home. Her name is Ruth. Anastasia. (She didn’t come with them because) She’s at home, baking. It’s too much. She had a doctor’s appointment. She had to go to the store to get some food. Girls don’t like that kind of sport. It’s a boy’s sport.

Next, they will get in the car and go home. The dad is going to say, “It’s time to go home.” The dad will pick him up in his arms and take him home. There’s an airplane flying over. Dad says, “Next week, I’m going to take you to the movies. To the circus. I don’t think I can take of that. 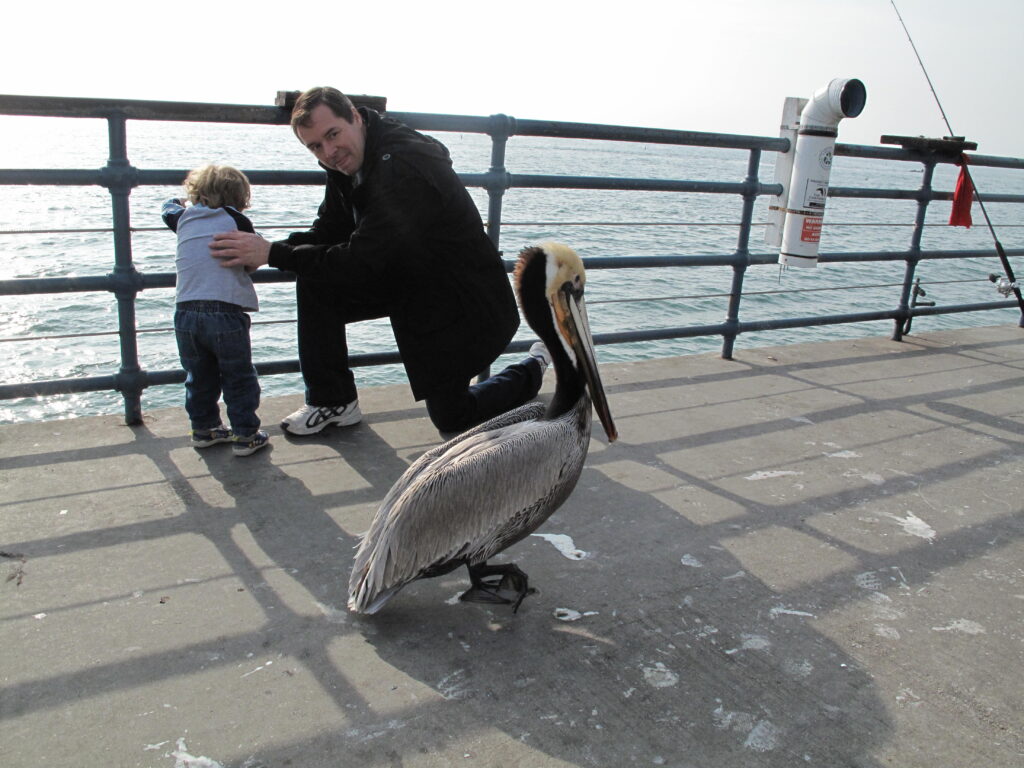