Irene and Pauline are rolling the dice in California, Chicago and Las Vegas – game - they are gambling and are at the Potawatomi Casino. They are from Tennessee. Playing along winning or losing. My mother hated gambling, morning or nighttime. They will win millions! $50. $25, $50! There are other games at the casino like fuse ball, volleyball, football, games, roulette, hopscotch, kino. There are other people at the gaming table but you don’t see them. Irene & Pauline are in the movies because they want to get their grandchildren in the movies. You marry a man and watch him run! Both ladies are single. You know they have children, you know it. There are many sounds like a jukebox, money, clicking sounds and people talking. They probably smell better then me! Perfume. They will bring their winnings home and money and go out and spend it. They will pay rent, buy food, clothes, a phone, jewelry and various trinkets. Irene and Pauline will cook fried pork chops, soup, ham and rice, tomato soup, chicken soup – whatever is on the menu. They each have an apartment, separate homes. Irene manages an apartment building in southern California. She lives there fall, summer and September – I would guess anytime. They are drinking coffee and liquor like rum or vodka and they might get pretty drunk! They will have a ½ hour lunch. In their spare time Irene and Pauline sweep the sidewalks, paint the apartments. And holidays are special. Pauline was a beautician in California. Irene is a showgirl on television. It ain’t no fun for me when I lose my money! 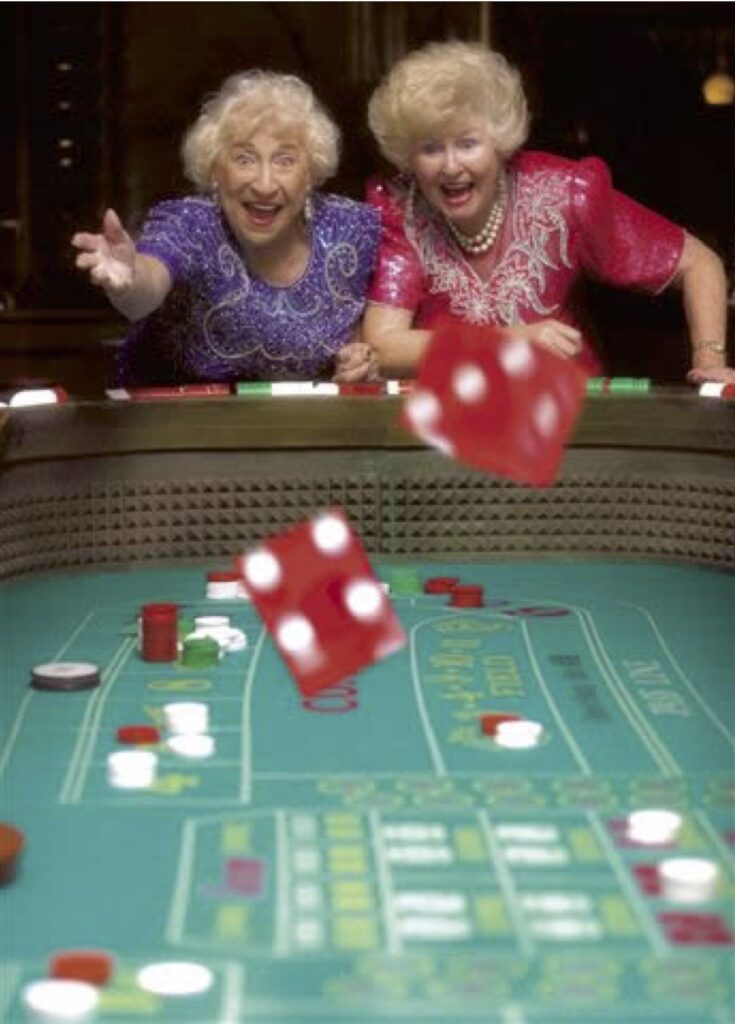