By the Storytellers at Saint Vincent De Paul They're not wearing pants My great grandmother looks better than them! They're on the watch, their hands tied, They have a headscarf - They're pretending to be praying by the door, the door knocker. Filumena, Kuncett and Vittorin Vitor, Granita and Karmena Julia, Papra, Censina You're Censina - I don't know who the others are She's from Czechoslovakia, the middle one is from Germany and the other is from Japan Mine is Vincenza and Censina Who knows how much courting they've done with thier lovers Everyone courts when young See if there's one for me - half white and half blue ? (Laughter !) He goes to buy for them from the same shop They're from the Muzew (Religious Cathecism Order) She's got an apron in front, with a mini-skirt underneath. They're decently dressed They met in a bar (wine shop) They play marbles since they're neighbours They feel happy since they do what they like - They're keeping watch, They're gossiping about people. My nanna, she was so beautiful with her 'Ghonella' (traditional head dress) She was always looking after my aunt's baby They're in front of me, chatting. They're getting the clothes for the procession They're looking at the men You didn't mention my mother's surname ever - Because it's different - Scolese ? They dream of Jesus They dream that there's a knock on the door and a man comes They dream about men. They're watching people passing in front of them They're chatting between themselves They have around 3 kids Today they don't have many kids My mum had 19 God bless ! And I had one. They're jeleous because my mum had 19 ! They're going home They're off to eat It could be they're off to Church They're off to pray ... as one needs to. After they will go for a stroll. They used to sing 'That's Amore...(Dean Martin Song, sung and hummed) My mum used to tell us 'Be Quiet cos you drove me mad!' We weren't allowed to go out so instead we would sing, sing. -- 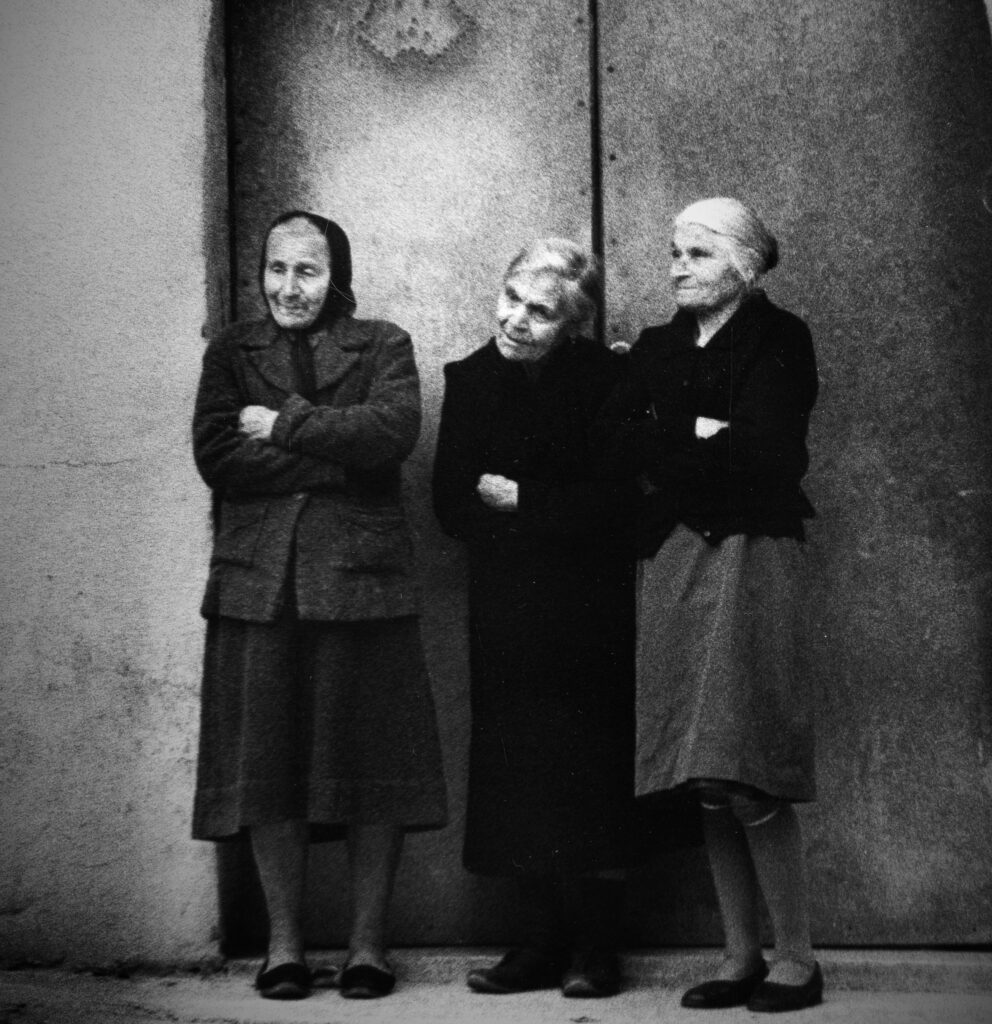