The Adventures of Babe and Fluff

The dog and cat are at the tree and they are not supposed to be. I put them away for the evening. Somehow or another they found a way to get out of the room they were in to go to the Christmas tree.

They were examining the tree, jumped over the tree and knocked it down. The tree went down with a “CRRRRASH!”

The cat, named Babe because she is tiny, meowed. The dog, named Fluff, he whimpered. There was some other family in the room. Everybody laughed, of course.

My son rushed over and picked up the Christmas tree. “Now, I know you are both excited, but we don’t want to knock over the tree,” he said.

There is the odor of cookies baking in the kitchen. I had just made up a batch of food on the stove for the dog. He was sniffing the air. The odor was attracting his attention. His ears were perked. His tail was wagging. He knew that this was evidently made for him because he had smelled the same odors before.

After the food was taken off of the stove, whoever took the food off the dog then followed them to the table because he had smelled it before.

The dog goes over and sits at the bottom of the table and whines because he had smelled the odors and thought they were for him.

The cat feels sort of left out, so she followed the dog and sat with him and meowed.

Next, they pick up the Christmas tree, got everything in order, came over to the table and put the food in the dish because they had to let it cool. They sat it in a safe place and waited for the cooling procedure to happen. The dog whined and the cat meowed, again, because they thought they were going to be fed immediately!

After the food had been cooled, the server took pity on them and divided the food between the two of them. The cat meowed; the dog whined. They stood there eating their food with almost a SMILE on their faces. 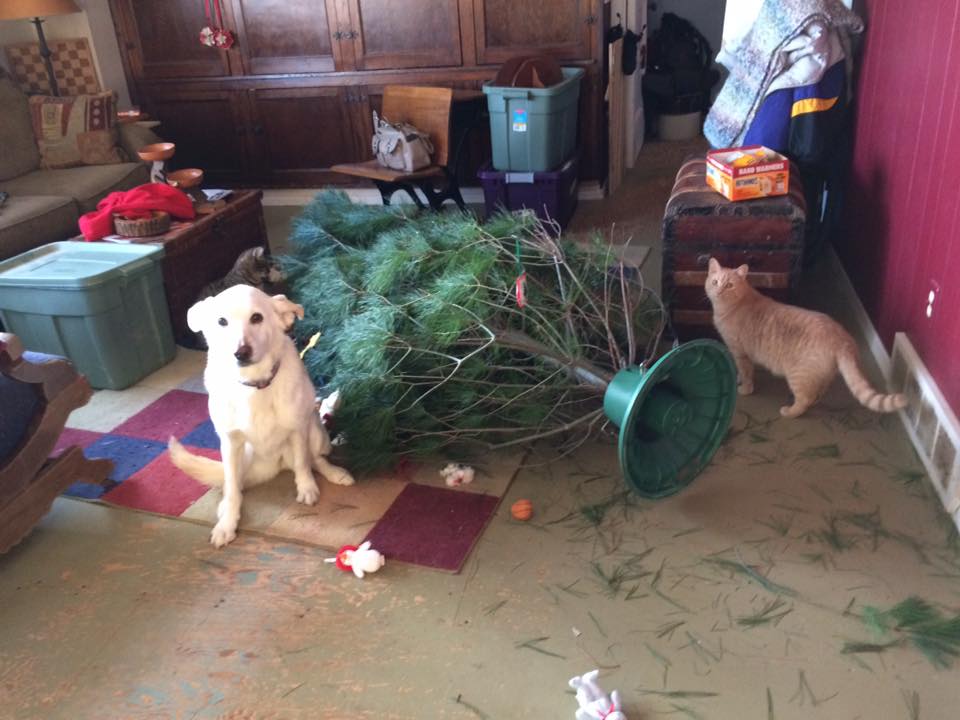