The Girl Who Farted in the Wind So Long Ago

She looks like she’s getting ready to go swimming. She farted and it smells like stinky cheese and fish. Her name is Betty Boo and she’s going in Lake Michigan. They sky is coming down on her. The sky is almost to the water. The sky is different than it was yesterday. Yesterday the sky was glum with clouds overhead.

Betty Boo is a young girl with her arms sticking out and we don’t know what she’s waiting for.

There’s a shark in the water. Betty will jump in and swim with the shark. The shark might eat her up. The water is cold. She’s wondering if it is wet. She might drown herself.

She’s thinking about the price of tea in China. She wants to go fishing for perch. She might be thinking about Christmas, Santa, and the Easter Bunny.

Betty is all by herself. That isn’t nice. She should have her boyfriend Ed there.

It’s her birthday. She probably got some presents but no one showed them to us so we don’t know if they are nice or not. Betty will make sand castles. There’s music playing very softly—a melodian (sic) polka dance.

The people she was with went to Hollywood on an island. Betty will go home and stay there. 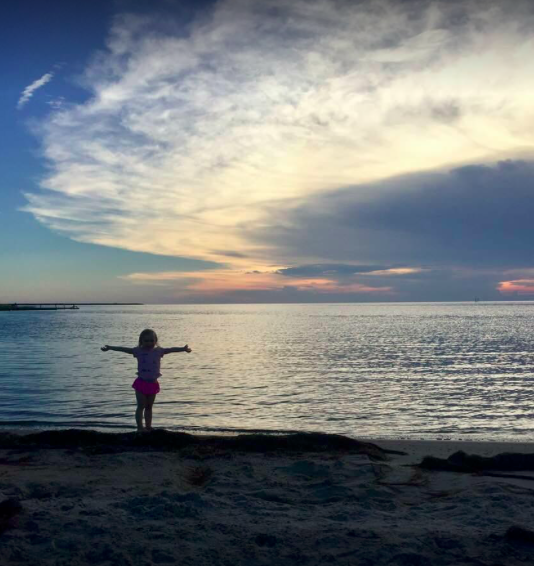