He is an accordian player, and is playing an accordian, a squeeze box. It says "Santanelli."

Could it be an Irish name. There is a wall behind him.

He is wearing a party outfit with a bowtie.

The notes on the accordian tell the player how to play.

Robert's hands are dirty, and he is pushing himself back with a sly look.

He has a day job as a mechanic.

Playing music is his side job.

He is also watching for somebone or something coming.

He is playing a song, "Coma Lica," a polka, and "Pack Up Your Troubles in Your Old Kit."

It is very loud.

Robert keeps dancing until the end.

He is going to check his tip jar.

He will go home and have dinner.

Robert will run away with a pretty lady and get married. 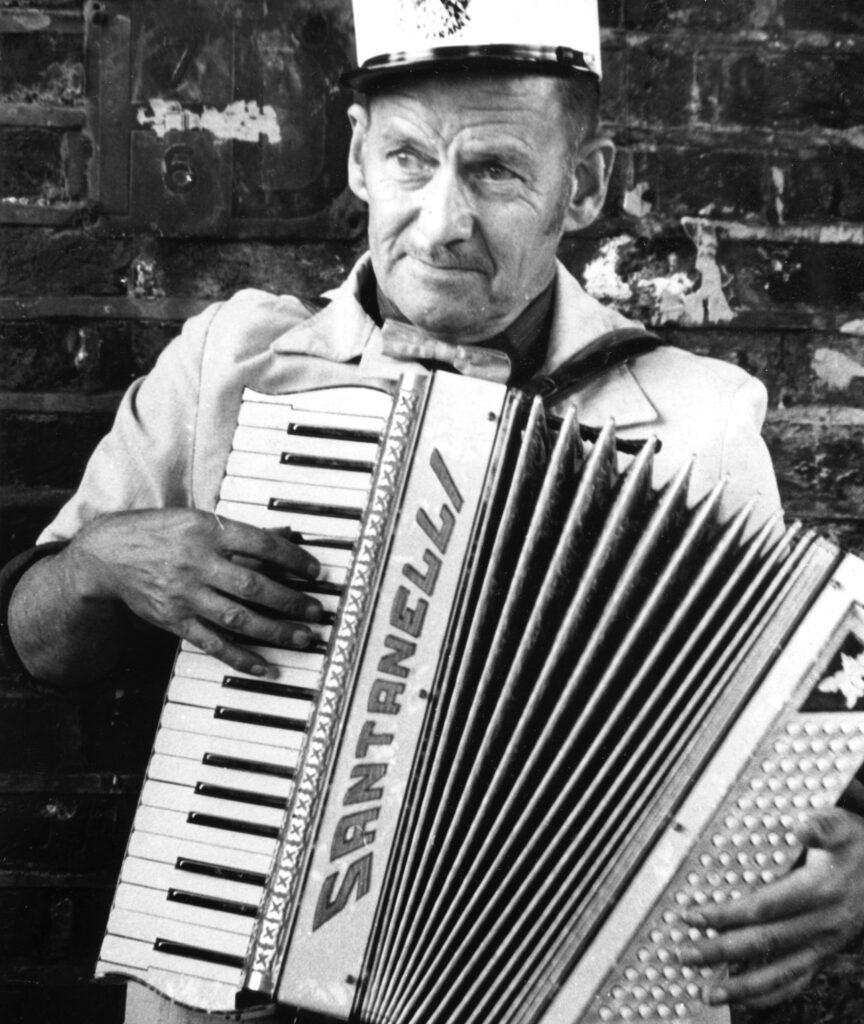