The Roast Beef: Something to Eat

There’s a pot roast. These little girls are so cute!

The mother doesn’t think it’s cooked all the way.

The girl on the right, Rebecca (12), is going to school. She’s in junior high and takes cooking and sewing class. She does not think it went well.

She had to take that to school and show it off.

Mom instructed her and when it came out it did not look too good. She looks horrified, it looks like it’s not gonna be a good meal.

Abby is amused and thinks her sister screwed up.

Rebecca feels that she screwed up too. She thinks, “My god, how do I fix this?”

They have aprons alike. Rebecca made them in class.

The mother was out and they cooked it because she’s sick looking at it. “I’ll never leave them alone again.”

They have a dog and it got at the roast. Look at that dark spot where it got chewed.

The dog is black and white. This dog could fit in your lap. His name is Skippy or Stuffy.

He’s lazy, but he’s no fool. He is 1 year old. And he’s learned to take care of himself whenever there’s food around.

I hope they don’t have company coming.

Maybe the teacher is coming to supper. That’s not likely.

They tell the dog, “You gotta behave, you’re not a little puppy dog.”

They’re in their house - nice windows, nice and bright.

There’s some wine here behind Rebecca. It says WINE, it might be decorative.

Rebecca lost her thing holding up her apron.

They’re in the US - New England. It’s fall since there’s no leaves on the bushes.

It’s Monday: Rebecca’s project is due Tuesday. The mother is going to bring the roast to school with the girls.

It’s pretty burnt and the dog ate it. I’m not sure they can save it.

Rebecca is really horrified and embarrassed with how the roast is.

She lost that A that she had. She had it all semester and now it will go down.

They have a situation!

The teacher tries to be complementary. “That’s interesting.”

They cut it up and serve it to the class. The kids put it in their pockets and take it home to feed the dogs.

They knew it wasn’t going right.

Another student had a cake and it turned out beautiful. It was frosted, the whole bit.

The kids feel good about getting cake.

To compare cake to ham is really not fair.

Rebecca says to the teacher, “Sorry I screwed up, did you enjoy the roast? It was a fun thing to do.”

The teacher gives advice saying, “Try to fix the roast up better before you even put it in the oven.”

Rebecca tried to cook a roast again and it turned out beautifully and well because she learned her lesson.

And she got an A! 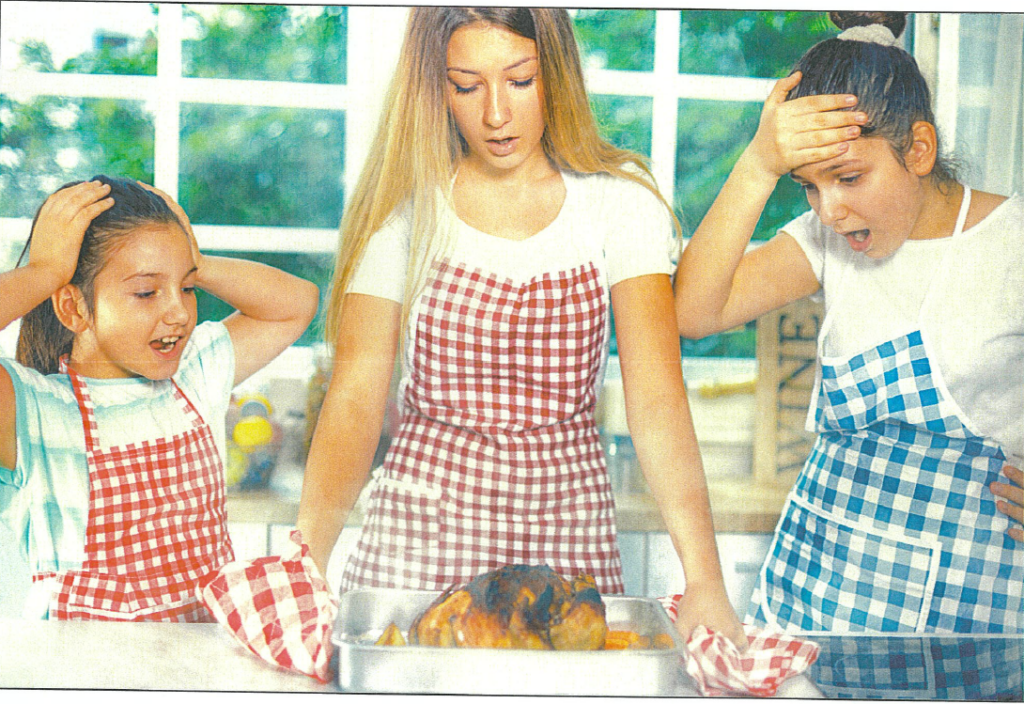