Two clowns. They would be smart to use the Gay 90's. It looks like a flower garden. They're on flowers. They look happy. Two red haired guys, a yellow shirt and a red shirt. They are both smiling. Young boys that have flowers on. Maybe it’s a concert. They're clowns.

Mutt and Jeff. But which one is willing to take the name Mutt? It would be quite an omen to use the names of Mutt and Jeff. They have hair, the same hair and it’s a good color. They looked like they jumped out of a barrel. It could be a problem.

They have a family. They’re not quite up to something that we should be up to. They have suspenders and ties on. Clown outfits. I like that tie in the middle. They’re going to take some things down to get some things better. They look like two nuts! I haven’t heard anybody say anything about the gloves. They enjoy their personalities. They’re quite unique.

They look like they’ve been to a party. They’re having fun. Everything’s a mess. They have a good spread of kids. They have 20 kids, the same Mom. There could have been a second marriage. I can’t imagine what their parents look like! There’s never a dull moment in that that house.

You have to look at the top half of the picture. That’s where it’s going on. It’s more than a party, it’s a mess. Mutt and Jeff isn’t such a good name because they’re both the same size. Mutt and Jeff is one short and one tall. Jerry and Ken is better.

There’s a dog. The dog’s name is Mutt. Just call him Dog. When you don’t have anything, you have to work hard. I’ll take the right one, no objections! They could be laughing. I call them Nut Cakes!

They’re playing getting everything out of place. They’re working to support their 20 kids. They’re brothers married to Siamese twins. They were horsing around and being silly. They’re kids are two of a color. They’re enjoying life. The kids are two of a kind. One of them sings.

They’ll go home. They want a home from us. You never know what they’re going to do. What will their children think? They like to kid. They’re both thinking they should be home, cause its dinner time.

They’re in our house. Mamma didn’t know them. They went down in the basement. They could be father and son. They’re both bald like me. They’re going to dance. They’re a couple of nuts, according to Mom. 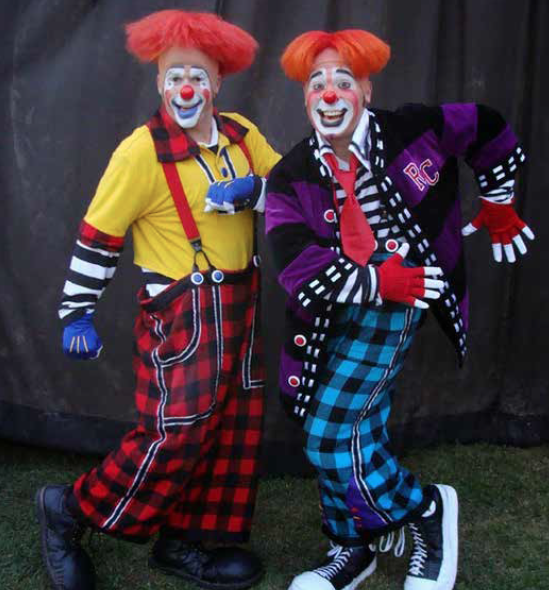