I don’t think she looks very keen. Half a smile on her face. She’s quite a pretty woman. Last time I saw her she was outside, but she might not be there .

She’s like my mother. Her mother made her. Her face is familiar, it could be Aunty Sally. She’s selling flowers or something. She must have bought flowers for her mother.

She knows where she is! Don’t know what she’s doing, the other person says the same thing. She waits till the time comes!
She’s wearing an old mink. She’s wearing feathers, could be worse!

She’s by herself, lots of people around there watching her been miserable. She didn’t want the people round her. She’s done it again! Somebody wants to see her! She won’t get hot.

It’s very noisy. People clapping and watching out of curiosity.

Can’t tell her what to do, none of us can. She’s made it right.

I think it’s summer, lots of yellow and lots of people. She’s enjoying the company. There is this and that.... it sticks to you and they want to see more! It looks nice outside.

I didn’t ask her. 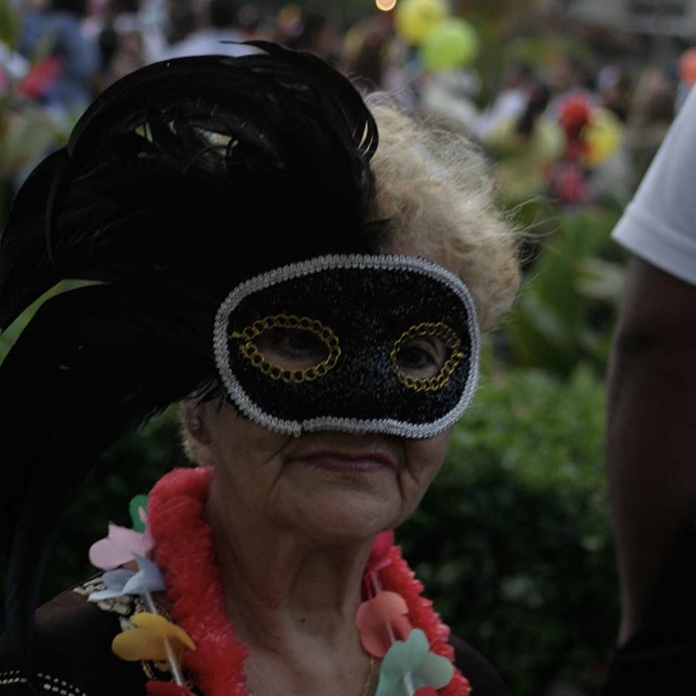