This little boy, Ethan, goes to a school nearby and he is in Grade One. His teacher, Mrs. Scott has a tickle trunk in the classroom, and sometimes, she adds a new surprise to the trunk.

On Monday morning, Ethan got to school early and dashed into his classroom. Mrs. Scott was there and she invited Ethan to lift the lid of the tickle trunk. When he did, he found a new puppet there! It was a frog puppet! A big frog puppet!

Ethan decided to name the frog puppet Magic. Magic the frog could do amazing things. He could croak and sing the song Twinkle Twinkle Little Star and he could jump right over Mrs. Scott's desk! Magic was a magical frog puppet!

When the rest of the kids started to arrive, Ethan introduced them to Magic the Frog. Mrs. Scott told Ethan that Magic could give anyone three wishes.

"What will you wish for?" asked Mrs. Scott. 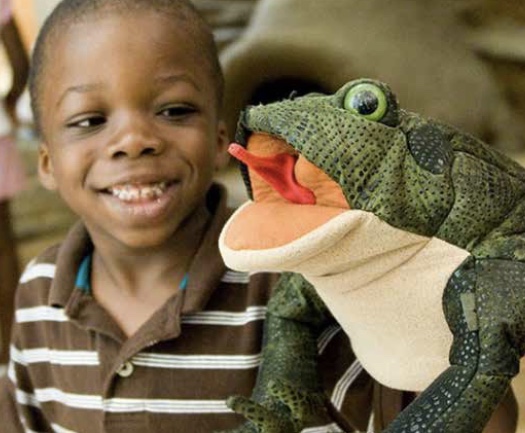