Her name is Sharon.
Sharon is in a street in Coventry, because there is a blue and white door which represents Coventry's football team and she could be a supporter.

Going through the streets on a cart, the boy asking
"Can you help us?".
Their cart is broken, the boy is asking the lady if someone can mend the cart!
The little boy has a cover over him in case it rains.

Sharon is going to a party at the Brownies. Sharon is in disguise because she is hiding from the man in the corner. But then she is wearing a red wig so she looks like Fergie!

She is happy because Prince Charles is stalking her with all his money and she is trying to hide in her wig.

Sharon is married and her husband's name is Horace.
Horace is hiding from Sharon. They have very strong children, 14 of them!
That's why they have a big white car, it's a Thunderbird car, an American car.

When she gets to the party she is going to drink beer and wine, music will be playing ... jazz music.

Horace is staying home to look after the children.
Shutters on the back door and someone is spying behind them! 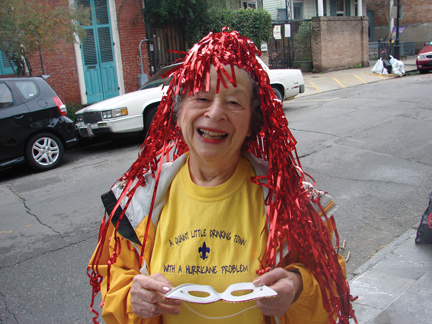