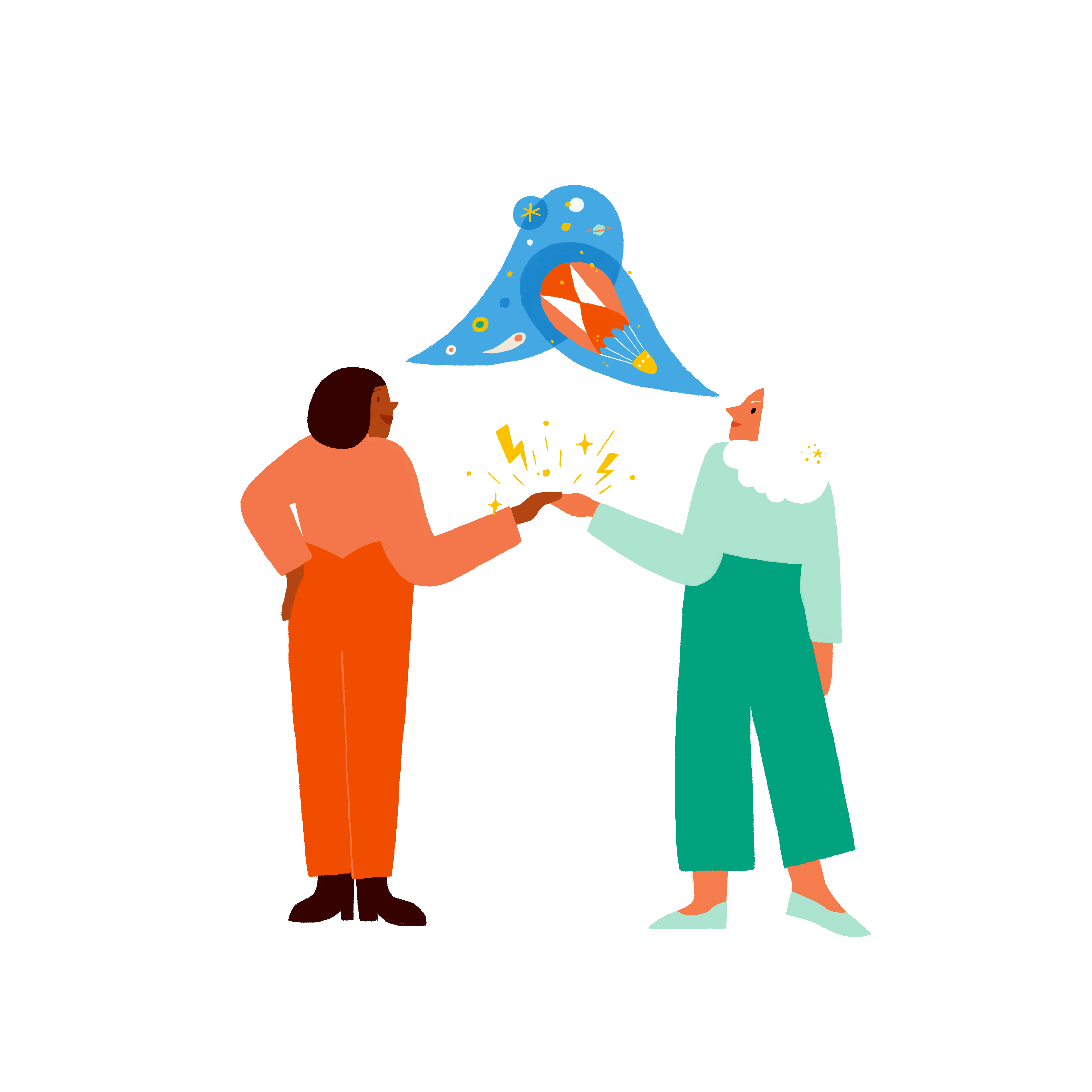 Using Creativity to Connect with Under-Connected Seniors by Phone

TimeSlips is excited to announce its newest program, Tele-Stories!

The week before, we were strangers, unaware of one another. This week, we are phone pals, creating stories and poems together. There is a warmth in her voice as she greets me, and it is as if we’ve been friends for some time. We share laughs, and as we get to know each other, she passes on bits of wisdom to me. We may only talk for thirty minutes a week, but we cherish that time together.

Tele-Stories works with under connected and socially isolated elders and pairs them with TimeSlips trained artists. The artists facilitate three engaging creative calls, helping each caller to devise a creative output at the end of the call series (either a poem or a story). Once the calls are completed, and the creative output is recorded, the artists’ work to create a Legacy Gift from the caller’s creations. This will take the form of a shareable audio clip of their voice or a poetry poster.

You might be hearing the term “social isolation” a lot lately, and it is for good reason. Social isolation is becoming more and more common as the general aging population continues to grow, without enough people to care for them. In fact, 1 in 5 Americans 65 and older are socially isolated (AARP Foundation). Research has proven that social isolation directly affects physical and mental health. Being socially isolated for a prolonged amount of time is as great a health risk as smoking 15 cigarettes a day (Julianne Holt-Lunstad). With this in mind, the TimeSlips team became determined to create a program that would serve the needs of this population.

A couple of years ago, I had the pleasure of leading the initial pilot of this project. I learned a lot from working with this population, and it helped me better shape the calls to meet the needs of each caller. I will admit that I was a bit doubtful at first, questioning what sort of meaning could come from three, thirty-minute calls with a stranger. However, my doubts quickly dissolved by the end of my first few calls. The callers I worked with were eager to connect, and excited to be engaged in this way. Using a series of Beautiful Questions we created a safe space for expression and got to know each other on a deeper level, much quicker than we would have been able to otherwise.

Many of the people I worked with shared with me that they were either legally blind, or had serious vision impairments, making it hard for them to get out as they might want to. It later occurred to me the beauty of working with them over the phone. We both had to rely on our hearing alone. Neither of us knew what the other one looked like. We had no judgments, or assumptions of one another. We just had each other’s words and voice to form a connection. It provided an equal opportunity to connect and create. I held on to those words and cherished the recordings of them sharing their stories.

Regardless of different ability levels, Tele-Stories serves as a direct line of positive communication and meaningful engagement to those who otherwise lack those connections. It does not invade their space, nor does it put pressure or unrealistic expectations on them. Our call facilitators are highly experienced and understand the importance of these connections. The creative prompts that we use in these calls serve as a safe and positive form of communication to foster stimulating conversations. These conversations later transform into a poem or story which allows us a way to share their voice on a broader scale. It’s a beautiful exchange, and I can say without any doubt that both the caller and the artist are better for it.

Social isolation is a major public health issue on the rise. There are many barriers when trying to help this population, but Tele-Stories offers an easy way to increase meaningful connections with those who need them most. Everyone has a story to tell, and at TimeSlips, we believe that everyone’s story should be heard. Tele-Stories offers a way to shape and share that story so the caller is no longer “alone”.

Do you know someone who might benefit from Tele-Stories? Click here to learn more and purchase a call series for you or a loved one.

Sammy Goodrich is the founder of Stage Right, which creates original musicals with people with Alzheimer’s. She is a TimeSlips Certified Trainer, managing the training of 25 nursing homes across Wisconsin. She has used TimeSlips as a personal and professional caregiver, and is also Project Manager of the Tele-Stories program.

What a Year it Has Been for TimeSlips!
The Birth of the Righteous League
We use cookies on our website to give you the most relevant experience by remembering your preferences and repeat visits. By clicking “Accept”, you consent to the use of ALL the cookies.
Do not sell my personal information.
Cookie settingsACCEPT
Manage consent